Corporate activity spiced up by variety 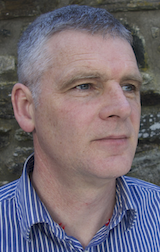 This last quarter had every variety of corporate activity in the Telecoms & Networks peer group. Private equity investment (Bowmark/Ask4), M&A (GTT/Interoute, Elite/HighSpan), and public markets (TalkTalk's £200 million raise). In addition, Daisy and GCI are now engaged in sales processes which, if the resulting buyers are, as we expect, private equity, could unleash yet more M&A activity. Reasonably sized targets of about £100 million revenues/£20 million EBITDA, give or take, with decent comms and/or IT/Cloud capabilities for a resumed Daisy buy-and-build could include Redcentric, Six Degrees, Iomart, Pulsant, ANS, Chess, Verastar, XLN, Exponential-e and Maintel, while transformational targets would include Gamma (£230 million revenues) and KCOM (£314 million).

In deals that actually occurred, US-listed networking company GTT is to acquire pan-European network peer Interoute for 1.9 billion euros, adding an estimated 718 million euros - 86 per cent to revenues and 165 million euros - 74 per cent to EBITDA. It is paying 11.5x trailing EBITDA, an arguably full price for a business struggling for organic growth. Student accommodation ISP Ask4 swapped private equity owners, with Bowmark buying out Darwin PE. The company also updated us on the year to October 2017 - EBITDA was in line with guidance given last April, up about 15 per cent to £4.25 million. Deal values were undisclosed, but we would estimate £60 million (12x current year EBITDA).

Coinciding with its third quarter update TalkTalk raised £200 million in new equity, or 19.99 per cent of the existing market cap, with the fundraise and an associated dividend cut providing a £300 million boost to the balance sheet, versus net debt at September 2017 of £837 million. The company also announced heads of terms with infrastructure investor Infracapital for a joint venture to spend £1.5 billion on building Fibre to the Premise (FTTP) across three million UK premises, with TalkTalk contributing 20 per cent of up to a £500 million equity investment.

Scorecard changes at the top
There has been a change at the top of the Telecoms & Networks peer group Scorecard, due to M24Seven no longer being eligible for a Scorecard ranking as its accounts to March 2017 are now well overdue. Instead, student accommodation ISP Ask4 has jumped to first place, coinciding with its recent change of private equity owner. comms provider Bistech is now in second position following a 4-point improvement from its recent results. Meanwhile, multi-utility reseller Verastar and conferencing numbers specialist Numeric Futures both fell 5 points on latest results, to still above average 74 and 72 respectively while, further down the table, 4com and 5G Communications fell 7 and 4 points to 45 and 46 respectively.

Share prices and valuations
On a 12 month view, the peer group's +9.7 per cent was ahead of the FTSE's -1.7 per cent, but underperformed the MB All Share (+30 per cent) and ICT Services (+38 per cent), the latter buoyed by good performances from resellers Softcat and Computacenter and IT consulting businesses FDM and Kainos among others. Within Telecoms & Networks, pride of place goes to LoopUp (+121 per cent), Cloudcall (+85 per cent), Gamma (+44 per cent) and Sky (+36 per cent). In contrast, there have been significant declines for TalkTalk (-36 per cent), BT (-28 per cent), CityFibre (-18 per cent, Maintel (-15 per cent) and Redcentric (-13 per cent), all due primarily to trading issues.

This underperformance is reflected in declining current year valuations at a time of rising software valuations, with the difference between software (21.4x EBITDA) and ICT (10.3x EBITDA) as large as it has probably ever been.•