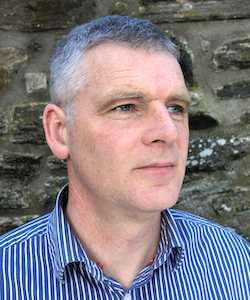 This quarter’s primary talking points boil down to resilient trading in the comms sector, corporate activity and a big question around FTTP roll outs, writes Philip Carse, Analyst at Megabuyte.com.

The trio of themes explored in this update shed light on trading performances (continued resilience and broadly positive outlooks, but with equipment and staff headwinds and uncertainty); corporate activity (down in volume but up in strategic significance); and FTTP (continuing to attract new funding, but where are the customers?).

Trading headwinds
The pandemic related mission criticality of the telecoms sector that we identified in early-mid 2020 through public company updates and private company conversations has been validated by accounts for December 2020, March 2021, June 2021 etc. For companies that qualify for the Megabuyte Scorecard (>£10m revenue, <£100m EBITDA), Telecoms Services achieved an average of 6.4% organic growth in the most recent published year, and a three year revenue growth CAGR of 12%, the latter highlighting the impact of M&A combined with 15% average EBITDA margins, 101% conversion of EBITDA to Operating cash flow, and 65% conversion to Free Cash Flow (netting off capex). Thus, outside of the major networks, the sector remains in growth mode, profitable and cash generative.

While the pandemic impact is much less worse than many would have predicted in March 2020, the recovery has also been less pronounced, impacted by a mix of continued lockdowns, slower project spend by larger companies, and equipment and skills shortages. Public companies such as BT, Maintel and AdEPT have flagged 1-2pp revenue growth impacts through 2021/early 2022 from supply chain impacts, while Work In Progress (WIP) regularly features in our company conversations.

If nothing else, hardware shortages have probably further spurred adoption of cloud-based services, though not all impacts can be mitigated (for example, if LANs are being upgraded). The impacts are also less severe than for some of our IT Managed Services and Value Added Reseller companies.

In terms of current trading, some companies have flagged slight improvements as larger organisations resume projects, such as Gamma and Redcentric. For larger consumer-focused network players (BT, VMO2, Vodafone and TalkTalk), the revenue outlook is also being improved by significant high single/low double digit RPI-based price increases, though their cost bases are also rising given higher staff, energy and other costs. Overall, the EBITDA outlook for major players is flat to up in mid-single digits.

Less but more strategic corporate activity
The volume of Telecoms Services corporate activity has slowed, with 53 in the first half of 2022 versus 78 in the same period last year, though it should be borne in mind that last year’s first quarter represented both a catch up on deals impacted by the pandemic and a rush to sell ahead of potential budget capital gains tax changes. Nevertheless, there continues to be a steady stream of bolt-ons from private equity-backed consolidators (including Focus, Southern, Radius, FluidOne, FourNet and Babble) and debt funded owner managed consolidators (including Croft and InTec).

However, the smaller volume of deals has been more than compensated by their strategic importance, with significant acquisitions for Daisy (of XLN for £210m/10x EBITDA), FluidOne (of SAS, estimated £20m/10x, 50% revenue boost) and TalkTalk (of Virtual1 for an estimated £110m/14x trailling EBITDA). The Daisy/XLN deal represents consolidation at the micro-SME end of the market, and Daisy flagged further consolidation (quickly followed by Communicate Better), perhaps accompanied by broader corporate activity similar to its carve out last year of Digital Wholesale Solutions, backed by Inflexion.

Daisy has also been in the news for restructuring its Allvotec indirect telecoms support services division in the light of poor trading as well as being asked by the administrators of Sungard to offer transition workplace recovery services to Sungard customers. Similarly, Redcentric is, at the time of writing, in line to buy some of Sungard’s data centres/colocation customers.

The TalkTalk/Virtual1 deal is strategically important for the wholesale channel, combining TalkTalk’s extensive UK local loop unbundled network and partner channel with Virtual1’s well automated partner platform. At the same time, TalkTalk was reported in the press to have appointed advisers following inbound interest, including from Vodafone and Sky.

Further consolidation of the UK mobile market has also moved a step closer with Ofcom saying it would judge a proposed move from four to three operators on the particular details. The obvious deal would be a merger of Vodafone (18% share of consumer subscribers) and Three UK (13%), given that BT and VMO2 each have 34-35% shares and also have substantial fixed line and pay TV operations.

While private equity remains very active in UK Telecoms Services through backing resellers, including those mentioned above, direct private equity investments continue to represent a trickle. The few examples so far this year include QPE/TelcoSwitch and LDC/Aspire.

Megabuyte is now tracking 76 companies with a collective announced premises target of 78m, of which BT and VMO2 account for 43m premises and 74 altnets for the remainder, versus 32m existing UK premises. We expect this premises number to grow, especially as VMO2’s owners Liberty Global and Telefonica are discussing with investors a potential 7m premises FTTP network with VMO2 as an anchor tenant.

Less spectacular has been progress on signing up customers by altnets. Broadly speaking, most altnets are in land grab mode, publicising their build plans and building in multiple locations to deter other altnets. Customer penetration rates (of premises passed) for relatively established operators range from less than 2% for G.Network to 20% for Gigaclear and 30% for Hyperoptic. The inevitable industry consolidation will be led by those who can both build networks cost effectively and sign up customers. While we see small distressed FTTP deals (e.g. Swish Fibre acquiring People’s Fibre), we believe it will be another 18-24 months before we see meaningful altnet consolidation.