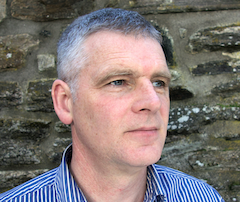 The accelerating pace of industry change is perhaps most obvious in how the market structure and ownership is being reshaped by the larger players, writes Philip Carse, Analyst at Megabuyte.com.

Early last year, before Covid-19 impacted the UK, the telecoms market was entering a period of stability with the December 2019 General Election result removing the threat of Labour’s Free Broadband policy. The first tangible sign was a flurry of infrastructure deals, including CityFibre’s £200 million acquisition of TalkTalk’s FTTP business FibreNation, enabling it to up its FTTP target from five million to eight million premises (out of circa 32 million UK premises). This was followed by BT increasing its own target from 15 million to 20 million premises, subject to appropriate regulatory support, and now confirmed following Ofcom’s decision on fibre pricing, copper network switch off and other measures.

The fibre opportunity has continued to attract a flood of start ups and follow on funding with new investors, including Gigaclear, Hyperoptic, Community Fibre, G.Network, toob and Zzoomm. We’ve identified over 30 fibre network builders with a combined new build target of 23 million premises, suggesting a high degree of overbuild (Ofcom estimates that 70 per cent of premises will have a choice of FTTP provider).

Last month Ofcom gave the effective regulatory green light to BT’s 20 million premises FTTP roll out, a week after CityFibre revealed full details of its eight million premises roll out targeted for completion by 2025, with potential extensions. And TalkTalk is close to completing its Tosca-backed take private. Meanwhile, 5G spectrum auctions will boost capacity by 18 per cent; and with the CMA narrowing its concerns on the Virgin Media/O2 merger to just a couple of areas the deal should close this year, establishing a clear equal competitor to BT.

While BT and Virgin Media account for the bulk of next-gen premises (with their 20 million premises FTTP and 16 million Gigabit network upgrade and Project Lightning respectively) CityFibre will become the third national network. The company last month published all 285 UK towns and villages to be fibred by 2025, comprising up to eight million homes, 800,000 businesses, 400,000 public sector sites and 250,000 5G access points, at a cost of £4 billion. It currently passes 650,000 premises. CityFibre also hinted at an expanded roll out with press reports suggesting support from additional investors alongside Antin and West Street. The company’s warm welcome of the Ofcom announcement presumably paves the way to an expanded roll out.

In May last year, Liberty Global and Telefonica announced the £31.4 billion merger of their respective Virgin Media and O2UK operations. This planned deal took a big step forward in January this year when the UK Competition and Markets Authority announced a focus on two relatively narrow areas – O2’s supply of wholesale mobile services to MVNOs, particularly those that are also fixed line players (for example, Sky); and Virgin’s supply of wholesale leased lines – both active and passive (dark fibre) to mobile network operators for backhaul. In contrast, the CMA found no issues at the all-important retail level suggesting that, even if remedies are required on one or both of the identified issues, the merger will go ahead largely as planned.

In fairness, this is a bit tough on BT: The numbers are based on BT’s Consumer and Enterprise divisions, whereas one could also include the UK element of Global Services (last published UK share of 42 per cent, of £4.4 billion, so £1.9 billion revenues on top of the £13.5 billion). BT is also much larger overall at £23 billion revenues (and £7.9 billion EBITDA) including Openreach and non-UK Global Services.

Industry revenues
Excluding Sky, the £34.7 billion of revenues is close to Ofcom’s £31.5 billion estimate of the UK telecoms market size, with the former also including Virgin, BT and TalkTalk Pay TV revenues and mobile hardware sales. In reality, total industry revenues are substantially higher (we estimate £57.2 billion), including BT’s total revenues and the UK telecoms channel, reflecting the fact that £1 of end user spend can be reported two or more times given the UK market’s well developed reseller/wholesale channel structure.

Disruption
Looking ahead, these developments lay the foundations for a period of considerable change for the UK telecoms market, led by an element of disruption as Virgin Media and O2UK consummate their marriage. Meanwhile, the accelerating roll out of fibre by all parties, and particularly CityFibre and BT, and the associated phased closing of the BT copper network and PSTN switch-off by 2025 will trigger an unprecedented amount of service change by end customers (14 million of 31 million lines need migrating to all-IP services), further exacerbated by post Covid-19 accelerated digital transformation/adoption of digital technologies.

Looking slightly further out, 5G adds more change to the mix with (as mentioned) the spectrum auction set to boost capacity by 18 per cent, albeit with the Huawei issue delaying roll outs. Although the market backdrop remains one of constant price pressure  – and continued Covid-19 impacts on revenues such as mobile roaming and business fixed line calls – the increasing pace of change should play to the strengths of the smaller resellers rather than the bigger network operators, who can help their customers navigate the new world.