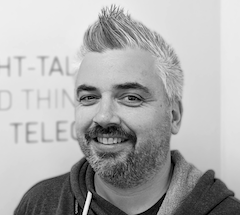 Simwood's application framework VoxAP, first showcased at the firm's SimCon event in 2019 and since boosted by further investment, has now been released as a core framework upon which other apps can be built.

"Initially, this is for in-house apps, but the same framework can be used for third party apps too," said founder and CEO Simon Woodhead.

He says VoxAP solves many of the issues around apps (security, performance, battery life etc) and can be white labelled for partners.

"Traditional voice apps tend to consume lots of battery power, suffer from quality issues and provisioning weaknesses, and those that partly address these issues have raised privacy concerns," said Woodhead.

"VoxAP Core uses WebRTC to communicate with phone devices, avoiding the need for repeated 'calls home' that eat battery, and benefiting from security baked in.

"It also uses modern codecs (the way voice is transmitted) that give high quality audio over good networks, but dynamically adapt for poor quality networks."

VoxAP Core is not a product in itself but the underlying code for products, noted Simwood.

At SimCon 2020 (March 5th-6th) Simwood announced two initial apps using this technology. The first is a client for Simwood Partner's hosted PBX offering which can be fully white-labelled by their customers - delivering end users an app in the providers’ own name.

The second is a client for the newly announced Simwood Partner Residential service which enables alternative networks to give a voice alternative to their full-fibre customers that lets them use phone service anywhere.

"Voice is changing from being a core service in its own right to being a feature on others," stated Woodhead.

"Doing it right is hard though and end users are poorly served at the moment. There is a choice between poor apps which connect to the PSTN, or good apps which are an island for their own user base.

"VoxAP core gives us the framework to deliver deeply integrated solutions, of our own creation or as a framework for others to build upon."