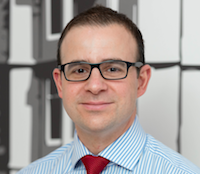 SureVoIP's Managing Director Gavin Henry is over the moon about last year's ITSPA award win for Best Business ITSP (medium enterprise), an accolade that was achieved just three years after pressing the ISP button. In many ways, this industry recognition was determined long before Henry even established the company.

Henry's teenage ambition was to become a pilot - his training funded by a spell working on the tills of a large supermarket. Although he rang up the cash for flying school in Florida, USA, it turned out to be a case of the school 'ripping off' UK learners, so he flew home and was accepted for a degree course. "My path to where I am today is just how it was meant to be and I wouldn't change anything," stated Henry.

A stint at the Robert Gordon University in Aberdeen studying for a degree in Electronic and Communications Engineering introduced him to Linux, programming and open source software, and before the course had finished Henry secured his first job as a graduate engineer. "But I became disillusioned and kept going back to Linux on my desktop, realising that other businesses could benefit from it," he explained. "In 2003, a year after starting the job, I asked my boss if I could establish Suretec Systems with two other directors, whom I bought out at a later date. The plan was to sell Linux IT support and consultancy."

It soon became clear that the business of consultancy was a 'long slog'. "There were great day rates with excellent big clients using open source software, but no service revenue," added Henry. "After getting into Asterisk and VoIP in 2006 I looked at my options for a service type business and focused on VoIP on-site systems for three years. In 2009, when SureVoIP was founded, we applied to Ofcom for number allocations and signed up to BT Wholesale's IPEX service."

In 2014 the company moved from renting equipment to becoming a fully fledged network operator supplying its own VoIP optimised Internet connectivity - first in London, then Edinburgh as well as being on every public peering exchange in the UK. SureVoIP also started work on SS7 interconnects in 2015, set to go live in Q2 2017. "This, and the addition of WLR3 in 2016, allows us to move up the supply chain to offer the highest quality and pricing for customers and partners as well as long-term company stability and offerings," said Henry.

His target markets are medium enterprises ranging from oil and gas, travel and hotels, care homes and technology companies. "We plan to move into Europe within three years and have a strong focus on encryption, data analytics, machine learning and innovative comms," added Henry.

The company generally grows at least 50 per cent each year but 2015 saw 63 per cent growth, while 2016 is looking steady due to changes in the oil and gas market. "We're getting close to the milestone of £1 million turnover which I can't believe for a small self-funded company of six people," stated Henry. "All of our guys live and breathe VoIP. We still have a long way to go, and the next three years are going to be amazing."

SureVoIP has grown organically and Henry's never borrowed money, but he has re-invested wisely. "I'd be classed as a slow burner to date as all of our progress and decisions have been expensive and involved big changes," he said. "Now we are established but not complacent. We have a platform and infrastructure that allows us to move fast when we want to test something or ask customers via beta programmes. As well as organic growth, we are considering the possibility of acquiring right fit companies in our sector."

According to Henry, SureVoIP currently lists the 'ingredients' of VoIP on its website but the focus has swung sharply onto improving the sale of 'recipes' to partners and customers. "We are launching a new portal to front our API," noted Henry. "This is going to help us get to the next level in terms of customer self-service, bring innovation to the customer quickly, and simplify the management of pricing plans and data analytics. We are also engaging with software consultancies to give us more flexible billing solutions and various other offerings that will be presented via our new portal. These will address the new ways in which we wish to sell to help customers' budgets and offer greater choice.

"We have almost seven years of data for some customers and when we apply machine learning to this information it will reveal lots of useful intelligence for clients. This is the real opportunity in the telecoms sector right now that no one else is offering easily at our level. We want to be at the forefront of giving customers the insights and data they need to do business in the most informed way possible."

He believes that analytics and standards-based communications are key trends, most notably WebRTC and the IoT. "There are big changes happening with everything trying to find its place - the same is true in the virtual mobile world," commented Henry. "We've been tempted by that in the past but no one has really solved the number porting issues."

Henry also plans to strengthen SureVoIP's partner channel operation and potentially establish a wholesale division. "Our new partner portal will take us there," he said. "In fact, our new portal will drive so much. I'm also exploring a suite of native mobile apps to give customers their data instantly. There's a lot of cool and valuable things that can be done that the bigger guys simply are not doing."

Rewinding the clock, Henry's early career achievements are more remarkable considering tough challenges in his personal life. "My son Ben was born at 28 weeks and weighed less than 2lb 13oz," explained Henry. "He was in neonatal care for 10 weeks before we got him home. After some time it was explained to us that Ben had Cerebral Palsy due to a brain bleed from a lack of oxygen at some point. He's now 12 and happy, but can't walk or talk. We're lucky because he is a very happy kid."

The death of Henry's father last year at the age of 59 also put things into a wider perspective. "I've had a good think about life as I'm getting close to 40 myself, and looked at how my Dad influenced things," he said. "Personally, becoming a father and overcoming the term 'normal' was a challenge. There's no such thing as normal. Everyone, everything and every business is different."

'Difference' is something that can be found in abundance within SureVoIP's client base. "The mix and locations of our customers are interesting," commented Henry. "We have them all over the world, even an island in the Bahamas. Our customers range from oil companies, TV channels on Sky, care homes, start-ups, wind farms, hotels etc - all business clients. We've built a wonderful platform to enable us to do many things. So, it's time to start showing that to more people.

"Myself and the team cannot believe how far we've come since October 2013 when I pushed the ISP button and now winning the ITPSA award. It makes me go 'wow' and smile. I am a humble guy but it's nice to think about these things sometimes."•