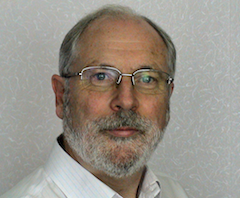 ICT consultant and industry influencer John Chapman proposes a revolutionary Skills and Knowledge Investment Bank as the only solution to the UK's crippling skills crisis.

Turning the funding of higher education on its head using the concept of a UK Skills and Knowledge Investment Bank is the only way to enable the UK to prosper in the 21st Century, writes John Chapman. The UK is suffering from a massive skills shortage across all sectors of the economy – hampering businesses as they seek to compete in today’s technology driven world, downgrading the capacity for public services to operate effectively, and most importantly alienating large sections of the population frustrated in the quest for a rewarding job to underpin their life goals.

We are in this situation because over the years we have not fundamentally changed our education and learning establishments and the courses they provide in line with the enormous changes in our economy. It is time we radically rethought how we develop skills and knowledge for the 21st century economy because without a drastic change we will struggle to maintain our standard of living and will rely on importing skills. It is time for a revolution in post school education and learning.

This is supported by a critical report (published early this year) from the Lord’s economic affairs committee which calls for 'a new deal for post-school education funding which promotes all types of learning regardless of where or how it takes place'.

By giving people the skills and support to achieve their potential, the state will reap dividends many times over in the future

The problem is that successive Governments have tinkered with funding and grants systems and the structure of learning establishments. In particular, according to the report they have overbalanced funding for 18-year-olds towards universities while heaping debt on students. By focusing on universities being the key post-18 route for education and skills, they have actually reduced the variety of opportunities overall.

In an effort to address this imbalance we have seen the relaunch of apprenticeship schemes on the basis that this old style employment/education system would kick-start a revolution of skills investment by businesses. In only its second year, apprenticeships have dropped dramatically. Why? Apprenticeships worked when the UK economy was dominated by large companies that could not only fund such schemes but also had the spare manpower and time to manage the schemes properly. Today, however, the majority of UK organisations are small enterprises who do not have spare supervisors to guide apprentices nor do they have the capacity to search out the right grants nor deal with the myriad of forms and procedures to maintain those grants.

At the heart of the problem is how funding is distributed unevenly and how, in particular, the Government student loan scheme encourages students to run up debts of upwards of £38,000 by graduation by paying for their own education. The Government accepts that the majority will never pay back the loans and will therefore cancel any outstanding debts after 30 years.

In effect, the student has the debt hanging over them whether the course they attended was any good or not. And most importantly the Government does not collect what is owed and allows future generations of tax payers to write off the debts. How can any of this make sense? The current situation does not deliver the skills the UK needs to create a prosperous economy and the poor results will mean that future generations will not have the increased taxation to afford to cancel the debts. What a mess!

I am proposing that the UK Government creates a Skills and Knowledge Investment Bank at the heart of its 21st Century strategy, that will fund the education and skills development of all its citizens

The key to a prosperous future, with or without Brexit, is to have a skilled and motivated workforce capable of matching and beating the most advanced countries across the world. All citizens also need to feel they have an opportunity to benefit from that prosperity and be part of a smart UK workforce.

The Government has at last realised that things are not right and instigated a post-18 funding review. What can we expect from the Government review? It is likely to be another complicated mish-mash of existing systems of funding with a slight emphasis change, an acknowledgement of a need for a more streamlined progression of courses to match the differing needs of students and potential employers as well as universities taking a slap on the wrist for being greedy and not giving real value for money.

What this review won’t do is radically change higher and further education to create the platform for a successful 21st century economy. Nor will it give citizens a clear vision as to their role in that economy and an optimism that they can find proper employment that utilises their skills and provides them the income to live comfortably and achieve their life goals.

There needs to be a radical rethink of what we want to achieve in this 21st century. Our first and overriding priority has to be the state’s investment in its citizens. By giving people the skills and support to achieve their potential, the state will reap dividends many times over in the future.

To this end I am proposing that the UK Government creates a Skills and Knowledge Investment Bank at the heart of its 21st Century strategy, that will fund the education and skills development of all its citizens. This bank would replace all the funding schemes currently in place and give an entitlement of a guaranteed fund to every individual to enable them to follow whatever route they wish to take through the higher education system, including throughout their career in whichever direction it goes.

In effect, when a citizen reaches the age of 18 an amount of £30,000 (for example) is placed in an account in their name in the UK Skills and Knowledge Investment Bank. It is then up to each individual to pay their course fees to the University, college or other qualified establishment. In other words the individual has that investment as their minimum entitlement from the state to kick-start, enhance or change their career path. There is no time limit on spending the amount and as with any bank interest will accrue on the amount not spent.

This gives the individual control over their own destiny.
It will force educational establishments to make their courses more relevant to the needs of students. For businesses large and small they can work together with educational establishments and their own internal educators to create industry specific courses that can be offered to students as an alternative to generic degree courses. The employee wins as they get more useful courses with an attached qualification, the business wins in that the student is funding or part funding their skills and knowledge acquisition. Everyone is investing in their future prosperity.

The UK Skills and Knowledge Investment Bank frees organisations from the tyranny of Government funding whims and breaks the stranglehold of the established hierarchy of education establishments. Government keeps its important role in education up to 18, then it is up to the individual to set their own path. It is not up to the Government to decide which areas are funded and what are not.

Universities and higher education establishments will need to be more relevant to the individual and employers to attract fees. This system does not however take away their role as educator and knowledge giver. Many students will still seek knowledge for knowledges sake and are free to use their investment bank funds to achieve their goals.

In the Government’s post 18 funding review it is unlikely this idea will come up but I urge the Government to take the longer investment strategy rather than tinkering with a system that does not work. I know that the big issue of the change to investment bank from loan bank will strike fear into the treasury, but why?

We are in effect running an investment bank now but under a different name. If you are giving out loans that will never be repaid what is the difference. The big difference to the individual is that you stop blighting the lives of those who go to university and come out with this big debt and you encourage those who see a different path than university to kick start their careers.

The major incentive to everyone is to make learning a life-long investment in themselves. Any money in their account at the bank can be used to enhance their job prospects throughout their career as well as fund educational interests in retirement.

The real opportunity for the UK as a whole is to be the centre of excellence for knowledge and skills in the 21st Century.