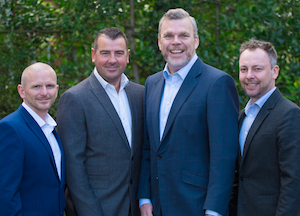 The launch of Incom Wales – which is located near the M4 corridor between Cardiff and Swansea – caps a big year for the group in which it bagged a record £2.5m contract.

The formation of Incom Wales is also reflective of local council efforts to regenerate the south Wales region.

Group CEO David Hughes stated: “South Wales is seen as a significant growth area for the group and partnering with the right people to head up this venture was paramount.

"Dean and Ian are respected businessmen and we share a common focus. Their local presence alongside the backing of the nationwide group will enable us to build on our Welsh customer base.”

James commented: “Ian and I have worked in this sector in and around south Wales for decades."

England added: “Incom Wales may only be in its infancy, but the power and experience behind it are not.”

Incom-CNS was established 30 years ago and is a Mitel Gold and Gamma Platinum partner.