Home » News » Channel Forecast: Taking diversity and inclusion to the next level

Channel Forecast: Taking diversity and inclusion to the next level

Our expert panel of diversity champions are positive about the progress made on inclusion and equality – but it is also clear that there is more to do and our latest Channel Forecast insight session put the spotlight on a number of ways to advance this critical agenda. 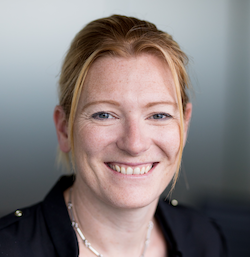 After years of discussion and debate, it’s time to focus on the practical realities of successful D&I endeavours and the challenges that remain, so last month’s Comms Dealer Channel Forecast session aimed to showcase shining examples of D&I leaders who shared their insights and strategies. “If we’re not role models ourselves how do we expect other people to get involved,” stated Ruth Kennedy (pictured left), Chief Sales Officer, TalkTalk Wholesale Services, who is part of TalkTalk’s neurodiversity ‘family’ and heavily involved in the company’s D&I strategy. “It should be about shared experiences no matter where you sit within the organisation.”

According to Bridget Woods (pictured left), Principal, Wholesale Commercial and Propositions Planning at BT, the pandemic has revealed many social discrepancies and brought the issues of diversity and inclusion to the forefront in terms of society and the workplace. “Progress is too slow and the stats speak for themselves,” she said. “Only eight women are CEOs in the FTSE 100, no women of colour, and women only hold 14 per cent of executive directorships. We have a long way to go and it won’t be fixed in the next few years.”

Pangea is a relatively small company of 30 people but has 11 different nationalities and almost 40 per cent of the workforce is female, whereas the industry standard is around 19 per cent. “This is helping to make us successful,” commented Jo Ryan (pictured left), Business Development Director, Pangea. “The D&I enhancing structure was in place at Pangea from the company’s inception and seen as integral to success. One of my main reasons for joining Pangea was the culture and the people I’d be working with. It wasn’t about the salary, it was more around moving into a family where everyone is different.”

Kate Brunning (pictured left), Director of People, Virtual1, believes that for D&I to be successful the culture must ‘absolutely start with leadership’. “It’s difficult for people to act on the great things they’d like to do if the leadership is not interested,” she noted. “Virtual1 has had an inclusive leader from the start. That said, we still have work to do. But we don’t want to introduce tick box exercises, we must ensure that there is context behind what we are trying to achieve.”

Ollie Benn (pictured left), co-founder and Director of telco recruitment company Neoci, pointed out that people in general see working for a company with a strong D&I culture as important. “It’s not just about the salary and the package, people want to know about company values and D&I features heavily,” he observed. “In a job market where company values and culture are more important than ever, it’s companies that embrace D&I that will attract the best talent. Staff retention is also important. Any employer that is seen to take D&I seriously is demonstrating that they care about their people. This matters now more than ever and can be a deal breaker for a candidate when they are accepting a job offer. We’ve seen that happening.”

To help address unconscious bias and push his D&I strategy forward Benn is considering masking CVs. “Unconscious bias has always been a huge issue, especially in recruitment,” he added. “One thing people always talk about is culture fit – if someone doesn’t fit the mould they are usually rejected. That’s basically hiring people in their own image which doesn’t add anything to the company. We should be focusing on culture-add, looking at what a person could bring to the business and add to the culture.”

Virtual1 follows a policy of challenging its hiring managers to ensure they see the differences in people as a culture-add. “It’s taken a lot of effort to break the ‘I’m going to hire someone like me’ approach,” said Brunning. “We’ve moved out of that. It’s about challenging hiring managers around their decisions in order to break down unconscious bias.”

Woods underlined that D&I needs to be prioritised in the same way as any strategic objective. It’s not just about having a D&I stream, it’s about integrating inclusion across the entire business. “For me that means having D&I targets in place, updating policies and procedures, and being self-critical about any issues,” she stated. “Sometimes people are too focused on the benefits of mentoring and career development schemes, but there are bigger more holistic changes that need to happen. You can’t just rely on mentoring to get the results that companies are looking for.”

What’s also critical to success is ensuring an intersectional view of gathered D&I data, noted Woods. “You need policies that ensure those who face more barriers day-to-day in the workplace are able to be helped more,” she added. “It’s important to provide safe listening spaces. We conducted a D&I campaign, called We Are Different Together, which was useful in helping other people understand cultural differences and peoples’ own experiences. As we develop D&I things won’t always be right first time so you need to be open and provide safe listening spaces where senior leaders and colleagues can listen to any issues that may prevent people feeling that they don’t belong in the workplace. These are valuable and give insight into what we can change – and peoples’ own stories brings D&I to life more.”

People want to work for an organisation where they can truly be themselves, and if that’s the case they’ll be a better employee, noted Kennedy. “You can feel this in the culture which naturally flows into the brand as a great place to work,” she added. “People should not have to ask for D&I or unconscious bias courses. It’s about getting to a level of maturity where strategies and policies make sure it’s available to everyone. For example, we’ve introduced new policies to help women going through menopause and pregnancy loss. We’ve also introduced masked CVs in the recruitment process.”

Companies not embracing D&I can leave people feeling alienated and uncomfortable, so Brunning also advocates open dialogue as being key to addressing issues such as feelings of alienation. “It’s about people understanding that we are all on a learning curve,” she explained. “Listening to people and adapting helps everyone on their learning journey.”

Bites from the table...

Addressing unconscious bias is not just about looking at job descriptions to make sure they are inclusive and use gender neutral language. It’s also important to talk about unconscious bias not only in recruitment but in the workplace.
Bridget Woods, Principal, Wholesale Commercial and Propositions Planning at BT

When we talk about D&I we also talk about neurodiversity, families and wellbeing. We have six different employee networks with monthly meetings and quarterly catch-ups. We have also made strides around LGBTQ2, taken on five autistic people and put them through an apprenticeship.
Ruth Kennedy, Chief Sales Officer, TalkTalk Wholesale Services

Studies show that D&I can lead to greater and higher performance, but the intent has to be genuine otherwise there will be a poorer outcome overall.
Kate Brunning, Director of People, Virtual1

Many people have not experienced inequality or prejudice and struggle to understand its negative impact. This slows down progress. It will take many years of education before we get to a place where things are fair and more inclusive.
Ollie Benn, co-founder and Director, telco recruitment company Neoci

Leadership sets the tone and employees want to be included. We’ve become custodians of the culture and every time someone walks through the door they feel included.
Jo Ryan, Business Development Director, Pangea