A tribute to Crissi Williams 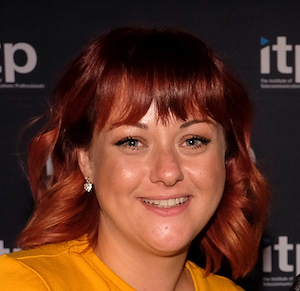 By Jo Evans, Head of Communications, The Institute of Telecommunications Professionals (ITP).

Crissi passed away unexpectedly on 2nd March 2022. The loss of Crissi is unfathomable and deeply felt by all of us here at the ITP. Crissi was our straight-talking and down to earth CEO: Not only have we lost an inspirational leader, but a mentor and friend.

For many, Crissi was a role model, living and breathing the values she so passionately promoted. She openly discussed the fact that she left school without any qualifications, but demonstrated that with hard work and determination anything is possible.

Crissi originally joined the ITP in 2008 as Office Manager having worked in various recruitment roles. Only recently she told us that she certainly didn’t aspire to be a CEO. But thanks to two female mentors, Ann Potterton and Lucy Woods, her eyes were opened to the opportunity and she was encouraged to step up to the mark.

And step up she did, achieving many things. Most notably, launching an apprenticeship scheme creating hundreds of jobs that would never have existed without her. She championed diversity and advocated apprenticeships for everyone, irrespective of background or gender. Over the past few years she had become a familiar face in the trade press and industry events, raising awareness of diversity and addressing the skills gap. She was passionate about her work in STEM and making a difference to young peoples’ lives, particularly women, and she championed that through her work with the ITP.

The results of her work are everywhere you look in our industry. From the jubilant winners of the ITP Awards to the apprentices now in senior roles who are members of the ITP Journal Board. Her down to earth demeanour meant she was accessible and able to communicate with everyone from school leavers to senior industry professionals. She was admired and respected by both.

Josh Fowler, one of the first apprentices recruited by the ITP in 2013, summarises perfectly how we all felt about Crissi and her legacy. “I was lucky to have met Crissi and become one of the first ever apprentices via the ITP scheme,” he said. “Crissi soon became one of my biggest cheerleaders and believed in me as my career started in telecommunications. She was never far away, cheering me on, and as the years went by our relationship grew on a professional level. We formed a great friendship and in a way, a form of extended family, as is the whole of the ITP.

“If I had one word to describe Crissi, it would be ‘authentic’. I know she touched the hearts of many with her authenticity. She remained true to herself, her values, and lived them every day. Admirable. Her laughter was infectious and she had a cracking sense of humour which I will never forget. Her passion for the telecoms industry showed, along with her passion of equality and providing a platform for women in tech and apprenticeships.”

Since the announcement of her death, tributes have flooded in via the condolence board, emails, social media, messages and drop ins to ITP HQ for a (strong!) cup of tea and a chat with her ITP family. All reinforce how well respected and loved she was, with recurring comments about her kindness, determination, and of course, her ever-changing hair colour.

Crissi had many plans for the ITP in 2022, including a campaign to challenge perceptions around apprenticeships. She planned to continue matching mentors with mentees, celebrate individual achievements at the annual awards and get back to meeting members face-to-face at ITP events. We will proudly carry on with this work in her name.

The ITP wasn’t Crissi’s only passion. She was a wonderful and dedicated mother to Jack and Lizey, a devoted wife to Tony, a pub landlady, godmother, aunty, sister, best friend and a rock to many. She loved a cold glass of Pinot Grigio with absurd amounts of ice, being with family and friends and laughing.

She was real, tenacious, loyal and unapologetic, never afraid to speak up or speak out. But she was also kind and compassionate. Crissi put other people first and went out of her way to help, no matter who they were. That was Crissi Williams, and we will miss her forever.
Crissi Williams, 5th November 1980 – 2nd March 2022.