Time for a PBXIT plan 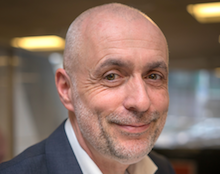 VanillaIP's research found that 80 per cent of the market is still serviced by traditional PBXs, so the company has responded with a two pronged action plan.

VanillaIP's response to its own research could hardly be clearer, according to Sales and Marketing Director Iain Sinnott, who launched a new product and programme strategy that both supports traditional PBXs and shows customers a clear path to the cloud.

Standing tall and stubborn, traditional PBXs have not yet had their day and cloud migration lags far behind initial expectations. Defying all early projections, there was no cloud-driven crash-bang-wallop to disrupt traditional models as many thought probable, including VanillaIP which has this month responded to the stasis with the launch of a full range of SIP trunk products from basic ISDN replacements to more sophisticated user overlay propositions.

“In 2012 we didn’t see the need to play a big role in the SIP trunk market,” said Sinnott. “We expected businesses to recognise the cloud dividend and move to hosted PBX. Surprisingly, 90 per cent of the cloud solutions offered to the market were simplified PBX replacements rather than all-embracing flexible cloud solutions. This dynamic is fine for lines and calls players, but has not challenged the dominance of experienced PBX resellers with strong pedigrees. With just six years to go until the total switch-off of PSTN services it became clear that we needed to support PBX and hybrid deployments in addition to our advanced cloud communications portfolio.”

The rewards for migrating customers to a cloud environment are shown by the high valuations of tech resellers operating wholly in the cloud space. And every sensible report on such matters reaches this same conclusion: The argument is no longer just about cloud versus PBX, but which will build long-term value into a business. For diehard PBX resellers the consequence of sitting on their hands in the face of a cloud future would damage any prospect of a bountiful exit.

According to Knight Corporate Finance Director Paul Billingham, a comms sector M&A specialist, unless a business is predominantly cloud it will not be attractive to a significant portion of today’s investment community. “They’re interested in customer bases, revenue streams, easy centralisation and streamlining – not vans, spares, bricks and mortar,” he said.

While talk of actual survival  over the short-term may be exaggerated, non-cloud resellers are nonetheless toying with their future and livelihoods, believes Sinnott. However, a PBX-to-cloud transition pathway has to make sense to them, and VanillaIP says its new coherent migration strategy means a future avenue for PBX resellers is clearly defined and their cloud dilemma resolved. How? A fragmented approach to speeding up cloud migration would never work, so VanillaIP has, in addition to the launch of SIP trunk options, introduced the PBXIT programme.

“The paradox for some resellers is that to realise the maximum return for a life’s work they may be best served migrating their customers to cloud solutions,” said Sinnott. “We are therefore launching the VanillaIP PBXIT programme which is structured to include commercial and physical support for traditional PBX resellers moving to the cloud. The duration of each project will be dictated by the reseller, but may be between three and five years depending on factors peculiar to each partner.”

VanillaIP’s cloud communications portfolio is configured to replicate and enhance the functionality of on-site PBXs via the Uboss portal through which resellers manage all services. “Whether traditional resellers are transitioning to sell, to reset their business for a revenue-based future or position themselves to be an acquirer in the M&A world, the PBXIT programme strengthens the hand of all parties,” commented Sinnott.

The PBXIT support programme will also be available through VanillaIP resellers which, says Sinnott, may encourage local partnerships. “The increasing pace of mergers and acquisitions in our sector cannot be ignored, and having been involved in the mobile industry throughout the 1990s and early 2000s I would suggest this may be an excellent opportunity for successful and long-established resellers to fully capitalise on a lifetime’s work,” he commented.

Never a company to rely on sales of PBXs, VanillaIP started life as a staunch supporter of PBXIT having invested in a BroadSoft switch and the tools required to support the channel. “We remain heavily invested in that space but with a new mindset based mainly on our research that found 80 per cent of businesses still use a PBX,” reaffirmed Sinnott. “We have evolved Uboss and the VanillaIP product portfolio to seamlessly support all current and future strategies, enabling resellers and their customers to review each requirement in isolation and select whichever solution is appropriate, all managed within one portal.”