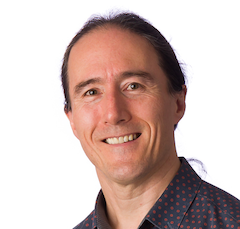 These are issues for all businesses to hammer out as a matter of urgency, but you may be wondering if you are up to the task. So last month’s Sustainability Channel Forecast Session unravelled the challenge into a clear strategy for all to follow, led by two of the channel’s leading Green champions – Gamma and Zen Internet. In the first of two reports, Zen founder and Chairman Richard Tang provides insights into his trail blazing sustainability strategy.

The climate change crisis now requires a deep reappraisal of business approaches and policies, and according to Tang the obligation is on business owners to do everything in their power to move forward on sustainability. “Our goal is to become net zero by 2028,” he stated. “Not just reduce carbon by buying carbon offsets, we will actually remove carbon from the atmosphere. We are already carbon neutral plus. I would encourage all businesses, big and small, to seriously consider becoming a B Corp. It ‘s the gold standard in terms of the next generation of businesses.”

Zen is a B Corp, meaning its directors have a legal responsibility to consider a wider purpose beyond profit. “Awareness is growing, and more recently we are seeing people choose Zen as their broadband provider based on ethical grounds,” he added. “We want to make an ethical choice for climate change and the planet. As businesses, we absolutely cannot simply just hand our responsibilities to the Government and expect it to do all the work. For example, Covid-19 has brought a fundamental change to the way of work that will permanently reduce the amount of commuting as people want to work flexibly. That reduces the carbon footprint and gives us an indication of what can be achieved.”

The B Corp movement was started in the US with the idea that too many businesses just focus on profit at the expense of the environment, their people, their customers and always setting short-term goals that involve taking gambles. “These are factors that created the financial crisis of 2008,” commented Tang. “The impact was worldwide and millions of people lost their homes, their businesses and their savings. There was a real human impact. Yet here we’ve got a system that would have prevented that from happening. People now recognise that this is not sustainable and that having a wider purpose is vital.”

There’s about 3,500 B Corps in the world across circa 70 countries. In the UK there’s 400-plus. “The founders said, let’s create a business model that actually writes into the articles of association that the directors have an equal responsibility to their people, to their environment, to their customers, to all stakeholders,” explained Tang. “It’s a great structure for our business. It’s something that fitted very well into the culture we already had at Zen. So it was a natural choice.

“People ask us about the certification process and what it’s like being a B Corp. We want to talk to our partners on how to go about it. My advice is to carve out time and visit the B Corp website. All of the resources that you need are right there. We will support partner organisations in becoming more sustainable, more environmentally conscious and also potentially certified.”

Zen’s decision to declare its goal of becoming carbon neutral by 2028 was also driven by Tang’s people-first view of the world. “The capitalist system, as it is today, is too focused on money and profit for the few at the expense of the majority, and at the expense of the environment,” he stated. “There are many examples of that. I’ve been asked, how do you balance the people focus and doing the right thing with growing and making a profit? But it’s not a simple choice because one supports the other. We’ve grown every year for 26 years with this policy.”

The challenge of stemming the tide of climate change for companies such as Zen is a vast undertaking that will take a lot more than simply buying carbon credits. “A big factor with net zero is that you’ve got to consider your entire end-to-end supply chain,” said Tang.

Channel companies will choose partners based increasingly on their sustainability

“For example, every month we buy and ship thousands of routers. This has a carbon footprint attached it. Where do the components come from? From where were they shipped? Then there is the shipment to the customer. What happens when that router becomes end of life? All of this has to be taken into account. So we’ve got a big team working on it. Although our published goal is 2028, hopefully we can achieve it even sooner.”

Only a full engagement with the issues will change anything, and the reach for sustainable policies requires a root and branch review. “It will be down to each individual organisation to look at their entire operations,” added Tang. “When you start on this journey the team will be passionate but they won’t have all the expertise initially. We had external help. Businesses are complex beasts and you need to understand all that complexity.”

According to Tang, all engagement with staff, customers and channel partners must sustain the conversation of carbon neutrality – which inevitably becomes a defining culture. “I know for sure that a lot of people choose to join Zen, and stay, because of our priorities and what we’re about as a business – people first, money second,” he said. “I’m proud that over a quarter of our workforce have been with us for over 10 years. And with the increasing awareness of the environment, and the need for businesses to make changes, we will continue to attract people.

“We have also seen bigger corporates choose Zen based on our culture. Technologically, we’re all quite similar, we all provide similar technologies and similar levels of expertise. The price of the solution is more or less the same. Going forwards, consumers and B2B customers will increasingly put a greater weighting on a wider purpose when choosing their suppliers.”

Part of becoming net zero also requires an assessment of partnerships and suppliers, upstream and downstream. “I think channel relationships will be similar to other B2B relationships in that companies will choose partners based increasingly on their sustainability,” said Tang. “We see this to an extent already, where we are in close alignment with some of our channel partners based on more than just the technology, the people and the pricing.

“The new generation are more conscious about sustainability. So a partner looking at channel relationships, who has kids telling them about the environment etc, whose own conscience is telling them – and they have a choice between one partner just focused on profit, the other on a wider purpose – which one are you going to choose? Our ultimate driver is that we want to create a sustainable future for our children and future generations. Businesses have a huge role to play in that. So let’s get started. We need to act quickly.”