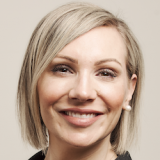 It would take a cool nerve to deny that the future of connectivity does not lie in autonomous networking, says Masergy’s EMEA Channel Director Emily Nerland.

On the evolution of networking, we stand at a pivotal moment, and according to Nerland there is no mystery about how connectivity will shape up over the coming five years. “Autonomous networking is the future of connectivity,” she stated. “Businesses are pushed to make savings and find efficiencies, and networking is the area with the most room for development.”

While AI is taking network innovation in a new direction, automating a specific task such as fault detection, segmentation or provisioning is in itself not radically transformative, but that is about to change. “As single-task automation develops alongside neural nets and general AI, it will become easier to combine multiple, separate Machine Learning algorithms to work as one,” added Nerland.

We all know that computers have a superhuman ability to process data, but a shot of AI changes the game and promises a new dawn, so long as certain conditions are met. “If AI technologies become standardised or even open source, and algorithms are given the right training and development, AI-driven networks will ensure a consistent optimised performance that is constantly running at its potential due to the hundreds of micro-alterations it could make across a global network each second in the name of efficiency.”

As businesses design and implement their digital transformation strategies through the early 2020s, many UK organisations will be reluctant to take out new contracts on legacy infrastructure like the PSTN network. “This brings UC to the forefront of the connectivity frontier,” added Nerland.

“When considering which telephony strategy to implement businesses must also consider their entire connectivity estate and ensure their connectivity allows for peak utilisation of all services and systems – cloud storage, SaaS, backup, collaboration etc – as well as extra growing room to ensure the entire organisation’s requirements are provisioned for.”

By 2025, it is expected that the new trinity of IoT, 5G and edge computing will have a significant impact on network traffic and processing, and turning the buzz around 5G into widespread real world solutions will be of primary importance. “The establishment of this triumvirate will also allow businesses to adopt much more reactive IT agility strategies,” commented Nerland.

“When operations have the data and insights that IoT, edge and 5G can provide at such speed, actionable strategies will be faster to discover and implement. Furthermore, this will accelerate the convergence between development and operations to ensure decision makers are better informed about the wider operation of the business and can strategise accordingly.”

However, all of these developments and evolutions will be delayed if the current skills gap, not only in cyber security but programming and technology in general, is not addressed. “This is not just a US or UK problem,” stated Nerland. “That said, there are pockets of innovation and enterprise needs to find a way to invest in education and build the skills into the workforce of the next generation.”