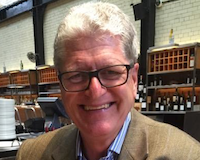 By Comms Dealer Editorial Director Nigel Sergent: When I co-founded Comms Dealer in 1996, not long after the deregulation of the telecoms sector, the industry was young, immature and, dare I say it, somewhat ‘cowboyish’, with a plethora of gold-diggers seeking to carve out their fortune in the newly liberalised market.

Twenty-three years on, this industry has grown into one of the most buoyant, entrepreneurial sectors in the UK, employing circa 700,000 people and underpinning the UK economy by providing wonderful, high quality solutions to organisations large and small in both the private and public sectors.

Oh, how I wish Messrs Corbyn and McDonnell had been at this year’s Comms National Awards to witness what the UK’s ICT resellers and suppliers have achieved by working together.

Companies like Focus Group, which from a standing start has built a communications empire turning over £80m; people like Tom O’Hagan who started data networking giant Virtual1 from his back bedroom; and Daisy’s Matthew Riley who started out as a small reseller and now oversees a multi-faceted ICT business which turns over £650 million plus and has been valued at £1billion.

There are many more success stories of this ilk and all have been supported in their growth journeys by unregulated, private supplier businesses.

I must question whether Labour’s current policy makers have any understanding of what a competitive, collaborative telecoms industry has achieved?

I think not. Free broadband to every home and business in the country sounds very appealing but I fear Labour’s policy would kill off our dynamic industry with one swipe of its mis-targeted sickle.

Why? Because everything the comms industry sells – VoIP, video conferencing, UC, contact centres, the IoT, everything as a service et al – is now platformed on the relationships comms providers have built with independent broadband suppliers (and that includes BT Wholesale).

Renationalisation would immediately stifle those partnerships, halt the investment in new and innovative companies that compete with BT and would, inevitably, send scores of channel companies to the wall.

Yes, there are fibre roll out problems due to the legacy copper network in place, and I feel for businesses in rural areas that lack decent broadband, but private sector companies and Openreach are addressing these issues and I believe will fix them much faster than the time it will take for Openreach to reconfigure its operations as a nationalised entity.

Gigabyte broadband for everyone does sound fantastic and a YouGov poll already reports that most people support the idea, but a new state run British Broadband organisation, which could gobble up Openreach plus altnets like Virgin Media, TalkTalk and Sky sounds scary. Very scary indeed.

Aside from the security issues a nationalised fibre network will create, I hope voters will recognise this scheme as an ideologically driven, highly cynical ploy to garner populist support from those who have no understanding of the hidden cost and what the private comms industry has and continues to achieve.