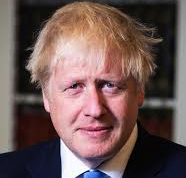 Prime Minister Boris Johnson's reaction to Labour's proposed nationalisation of Openreach, and create a new entity called British Broadband as a vehicle to deliver free fibre broadband to every premises in Britain by 2030 as a basic citizen right, was to describe the pledge as 'crackpot'.

Likewise, the announcement has not been greeted in the comms sector as the gold standard in political thinking, and even BT has put some distance between itself and Labour's potential and exclusive partnership with the incumbent.

In a statement BT told Comms Dealer: “It should be a top political priority to super-charge the roll out of full fibre broadband and 5G right across the UK, so we can build the digital economy of the future.

"Whatever the result of the election, we’d encourage the next Government to work with all parts of the industry to achieve that. It’s a national mission that’s bigger than any one company.”

Another danger is that the public's addiction to broadband is far stronger than its knowledge of the sector that provides it, which is perhaps as much misunderstood as it is, sometimes, maligned.

When confronted by Labour's plans to offer free bandwidth, swathes of the population will think it's a good idea, despite it being based on not even a modicum of rational thinking.

All future education on the matter must show in bold type that the answer does not lie in nationalising Openreach nor its rival altnets. "It is competition between network builders that is unlocking significant private investment from companies like CityFibre which in turn is sparking other network builders to increase their own full fibre footprint investment," stated a CityFibre spokesperson.

Lloyd Felton, CEO of County Broadband which is rolling out full fibre networks across rural East Anglia, noted: “Today’s announcement shows an alarming lack of understanding about the complex nature of full fibre roll outs and the fact that, unlike by comparison the rail industry that operates rail franchises, the industry has already invested billions of pounds in building its own infrastructure over which the service is delivered, in direct competition to BT.

“This proposal would almost certainly lead to delays, or at worst, derailment of existing full fibre investment and new network rollouts.

"It is a broad-brush, and makes no mention of how customers would be served and supported and provides no recognition for what has been achieved by the many alternative network providers who are currently active in providing a competitive full fibre solution."

Knight Corporate Finance Director Paul Billingham said Labour's proposal 'would take us back to the 70s'. "The ICT sector arose as a result of deregulation and has seen a transformation in service quality, choice and competition," he stated. "It has resulted in an unprecedented level of job and wealth creation that benefits the UK economy.

"Clearly, free broadband would result in millions of lost revenue across the industry and this would undoubtedly have a negative impact on valuations if it was to ever be imposed."

According to Virtual1 CEO Tom O'Hagan, Labour winning the election and nationalising BT with free fibre broadband for all is 'terrifying'.

"This smacks of desperation and is clearly not thought through," he said.

"It would kill innovation in the sector,  give consumers and business zero choice and potentially put tens of thousands of people in the industry out of work."

He highlighted that we are in an 'exciting period' with fibre builds, with Openreach and many alternative fibre operators actively building networks across the UK.

"Yes it takes time but there is lots of investment coming into the sector and creating jobs while providing a competitive landscape," added O'Hagan.

"What happens to the companies that have invested and committed billions so far?

"They will all cease building and potentially trading if Labour get into power. The break up will take years as well as all the legal cases and all the fibre builds will grind to a halt putting us in reverse."