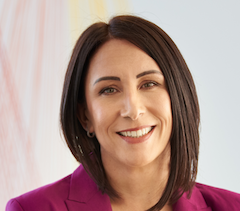 M247 CEO Jenny Davies has advanced a growth strategy that serves both the market and channel partners. She has prepared the ground for the company’s latest push on connectivity and cloud services while widening the spread of its international footprint and overall expansion ambitions.

Davies applies a strong emphasis on those partners underserved by the bigger telcos, whose experiences may be detached from the channel support structures they need. Thus Davies hopes to gain market share, while advancing partnership policies that deliver simplicity, and pursuing long-term opportunities in expanding markets, both home and abroad. She says M247 is ‘uniquely’ set up for the task and is a force to be reckoned with, defined and strengthened by the sum of its three parts brought together through acquisitions, further melded by a clear strategic vision.

“I knew that with the right team and the right strategy M247 could be much bigger,” stated Davies. “Our investor, Livingbridge, also recognised the potential and appointed me to build a strategy that allows M247 to achieve its ambitions.”

M247 started life as Metronet (UK), a wireless ISP, and expanded into selling fibre, while building its connectivity portfolio and developing voice and security offerings. The company owns a radio last mile network, has unbundled exchanges in the north west, Yorkshire and London, and data centres in Manchester and Bucharest. “There was one piece of the customer proposition missing – cloud and hosting,” stated Davies. “So we acquired M247 in 2016, a hosting company based in Manchester and Bucharest, and adopted its name. What we didn’t appreciate at the time was the extent to which our international business would take off, and how central it would become to our strategy. Partners and customers are increasingly wanting a cross section of products and services, not just in the UK. Our international network now has almost 60 strategic data centre PoPs across the globe.”

The acquisition of Venus Business Communications in March 2017 added a LLU network and a strong presence in London. “These acquisitions are key to our success,” added Davies. “We’ve had some leadership changes and worked hard to get the right people around the management table. We brought together some great people and the right technical pieces of the puzzle. We also leverage our own infrastructure rather than rely on third parties. These three businesses were set up by people who were passionate about customer service. It is part of our DNA. We also shared the common value of keeping complex things as simple as possible while innovating to find ways to solve customer problems.”

M247 employs circa 270 people in Manchester, London and Bucharest. For the year to March 2018 the company generated revenues and EBITDA of £55 million and £15.2 million, up 62 per cent and 50 per cent (due to the impact of acquisitions), with a rise of around 21 per cent and 10 per cent organically. Twenty per cent of M247’s 10,000 customers are proactively account managed. It also works with more than 600 strategic and managed partners.

This is the backdrop to a campaign for M247 to secure a far bigger share of the connectivity and cloud services market in the UK, and establish at least two or three more offices in international locations over the next three years. Globalisation among mid-market firms is growing faster than any other sector, noted Davies. “We are staying close to this movement,” she added. “We want to be the technical capability within organisations and extend their capacity to grow.”

As previously mentioned, Davies also hopes to gain market share from telcos that have ‘lost their way with service’. “Making it easy for our partners to do business with us is always a priority,” noted Davies. “Many joined us when we were best known as a connectivity only supplier. Today, we offer much more, so we work with partners to let them know what else we can do with them. We appreciate that our partners’ success is our success. We offer partners training, financial support, marketing and also a reward scheme.”

In our new age of innovation and digitalisation, all organisations are going through some level of transformation that, in the main, is underpinned by secure, high grade connectivity and cloud solutions. “As the demand for data increases and requirements become more complex, a need for low latency, resilience and integration with the cloud has become standard for many businesses,” said Davies.

“There is a reliance on good connectivity infrastructure when making the journey to the cloud and few providers have the deep technical capability and processes in both, let alone the infrastructure to make sure it runs smoothly. There’s increasing opportunities for partners to bundle connectivity and cloud services. We are also focusing on growth markets such as SD-WAN.”
For Davies, the magnetism of achieving results has fought off any sense that being a woman might hold her back in her career, which began as a language graduate working a 12 year stint for United Utilities where she became Operational Services Director (after also working in commercial and regulatory roles). A subsequent move to Openreach immersed Davies into the world of IT, telecoms and the Internet. Four years later she joined M247 and became CEO in September 2018.

“I don’t get hung up by gender, I’m more focused on ensuring we have the best people for the role, regardless of their gender or background,” she commented. “Most people have unconscious bias so I try to educate my team by opening them up to a more diverse workforce. Sometimes they don’t mean to behave in a certain way, but we can educate people. I would however like to see more diversity in IT companies’ boardrooms.

“I’ve always worked in male dominated environments, so have never known any different. I’m trying to work out if I was resilient in the first place or whether my experiences made me stronger. I think the answer is both. Women seem to have to prove themselves more than men. I have observed that men can sometimes simply say they’re good at something and be accepted, whereas women have to demonstrate their capability to earn the same level of credit. I’ve done well because I deliver. I’ve never been good at selling myself and believe that results will always speak for themselves.”

Just a minute with Jenny Davies...

Role model:
My grandma. She brought up seven children while working full-time after the death of my grandad at 43. She taught me a strong work ethic and what resilience looked like in practice

What talent do you wish you had?
To be more of a techie

Tell us something about yourself we don’t know:
I did a degree in modern languages

Name three ideal dinner guests:
Jurgen Klopp, the Liverpool Manager – I’m a Red; Brené Brown a strong woman who talks sense; and my Dad who would be proud to see what I have achieved

Your main strength and what could you work on?
I’m inquisitive and not afraid to ask ‘silly’ questions, and don’t accept being fobbed off; but I might focus too much on what is still to do, rather than celebrate success

Best piece of advice you have ever been given:
’You is good’. I can be me, and that’s OK

One example of something you have overcome:
Imposter syndrome (most of the time)

If you weren’t in ICT what would you be doing?
I’d be a leadership development coach

Biggest risk you have taken?
Leaving a comfortable corporate role to set up my own business. I had two young children and was the main earner. But I knew there was more to life

Greatest career achievement?
Being in a job that I love