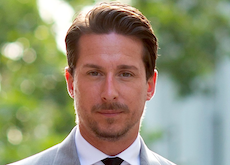 There’s been much talk in the industry recently regarding the implementation of Mobile Bill Limits, new legislation intended to prevent customers suffering bill shock by allowing them to cap the amount of their bills. Most would agree that this is no bad thing, though it has raised many questions and concerns over what this means for resellers of mobile services and what role billing platforms should play in compliance.

Timescales for the implementation of this legislation were first published by Ofcom in November 2017 in an open letter on its website. Legislation on Mobile Bill Limits forms part of the Digital Economy Act which was passed by government and includes changes to the Communications Act 2003 which Ofcom is responsible for enforcing. Unfortunately, unlike regulatory change presided over by Ofcom, this legislative change was not heralded with any high-profile announcement or formal consultation of the type that would usually accompany changes of this scale.

Ofcom does have a mandate to interpret and communicate legislative changes but, in any event, the legislation and its potential for disruption did not receive the attention it deserved at the time. As the implementation date closed in however, awareness grew along with the realisation that this would be a particularly challenging reform for resellers to comply with. The basic problem is that although customers may cap their bills, resellers cannot. Neither do they have the technology to prevent customers using services they cannot be charged for. This leaves the reseller in a very exposed position.

Union Street and many others have questioned whether as middle men it’s reasonable that resellers must bear the sole financial liability for bill shock. As an industry wide challenge, obligation for compliance surely ought to be addressed at all levels of the supply chain with ultimate responsibility resting with the carrier that has the capability to stop services in flight once a limit is reached. Although this may well be the spirit of the legislation, it is unfortunately not worded as such.

Many believe that the billing platform should be a reseller’s primary tool in ensuring their compliance with this legislation and, when it comes to ensuring the end customer does not receive a bill over their agreed limit, we would absolutely agree. A billing platform must ensure that the end user receives a bill of the right amount. To this end we have introduced functionality into our aBILLity platform to record what limit (if any) the customer wants to set in their contract and to prevent them from being charged over this amount for their mobile connectivity services. These changes will be available in the next update of the platform.

However, when it comes to assertions that billing platforms should provide tools to mitigate losses and to prevent customers from consuming services beyond their agreed limit, as there have been from some quarters, we would strongly disagree. Billing platforms are in essence the last stop for call data records (CDRs) before they reach the end user, making them impractically placed to prevent overuse. By the time CDRs are made available by carriers and imported into the billing platform, the likelihood is that it will already be too late.

Any solution for preventing resellers from suffering bill shock themselves has to come from the supply chain. The mobile industry needs a way for information on customers’ limits, taking into account any mark-ups, to flow up the channel so the carrier at the top can stop usage going beyond a certain point. Carriers and wholesalers need to provide this facility for their resellers and dealers. To be fair, some have done exactly that, though many more have been slow to act and some have remained completely silent on the matter. We would urge resellers to have this conversation with their suppliers if they haven’t already done so. Any supplier that does not provide this facility for their reseller partners is, arguably, failing to comply with the spirit of the legislation.

A common area of uncertainty is on how Ofcom intends to enforce the legislation, or even if they will, following implementation. Although it has been widely reported (and is no doubt correct) that Ofcom has no plans to open a proactive enforcement programme, we would still advise caution. Ofcom is still bound to respond to complaints and will almost certainly put in place such a programme if sufficient complaints are received.

On 24 November 2017, Lynn Parker, Ofcom’s Director of Consumer Enforcement, explicitly stated in an open letter to providers of mobile phone services that, 'Ofcom is responsible for enforcement of the bill limit obligation under section 124T of the Act. Our enforcement guidelines will apply in respect of any enforcement action that we take'.

In our experience, Ofcom’s general approach to investigations and enforcement programmes is not to move straight to punitive action for non-compliance. Ofcom normally takes into account whether resellers are taking steps to comply and to what extent they cooperate with any investigation. However, this approach is discretionary and should not be relied on.

Ultimately, this is legislation that has been brought into force and, if you ignore it, you’ll eventually fall foul of Ofcom and/or suffer reputational damage in your marketplace.

Although the legislation came into force on October 1st, in the letter referenced above, Parker went on to state that, we would not expect a reasonable notice period to be longer than a single billing period'.

So, while new customers and resigns must be given the opportunity to limit their bill, resellers will effectively have one month (the length of a typical billing period) from now before being held accountable for any spending over and above that limit. Resellers would be wise to use this time to communicate any bill limits to their suppliers in turn and secure, if possible, an agreement from that supplier that the reseller will not be held accountable for any overspend.