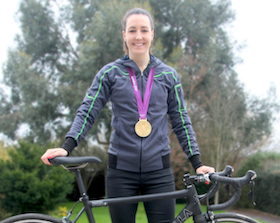 M12 Solutions has signed triple world champion and Olympic cycling gold medalist Dani Rowe as a brand ambassador. Rowe, who was awarded an MBE for her services to British cycling, is the world record holder for the 3km Team Pursuit and she bagged gold in the team pursuit at London 2012.

M12 MD Andrew Skipsey said: “When British Cycling tweeted that Dani was retiring I couldn’t think of a better person to help us get our message across, especially for our Internet brand Giganet which is about speed and performance.”