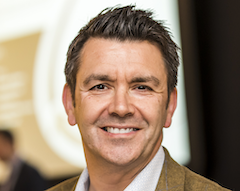 Having a clear vision of the end game from the outset has proved an invaluable tactic in Vapour Cloud’s progress as an evolving MSP, says founder and CEO Tim Mercer.

Vapour Cloud grew by 51 per cent in 2018 and early this year was recognised as one of Avaya’s fastest growing mid-market voice partners in the UK, achieving a net recurring revenue rate of 96 per cent. “We’re really gathering pace now,” stated Mercer. “We’ve had our eye on the long game since the beginning, and now things are getting more exciting. At board level we have a shared vision and a clear strategy on what we want to achieve. This has cascaded down to our workforce who push boundaries every day for the partners we support.”

Providing voice alone would have been too easy, says Mercer. After all, where would the firm’s differentiation reside? “It was always my ambition to become a MSP,” he added. “I’d identified a gap in the market and sold everything I owned to make the bold vision a reality. I wanted Vapour to deliver an end-to-end solution, but it was harder than I’d anticipated, largely because in 2013 when Vapour was established the market wasn’t generally ready for a cloud-first proposition. We knew we were early adopters, and many people looked at us and thought we were crazy, especially because we ploughed a significant amount of our £4 million investment into building and advancing our own network.”

We knew we were early adopters, and many people looked at us and thought we were crazy

But the creation of this secure network was in fact the first step towards ultimately becoming a MSP, pointed out Mercer, who bolstered his network build with the addition of SIP, tier one carrier interconnects and the appointment of what he identified as among the most high level technical resource in the industry.

“These components are crucial to a managed service proposition and they helped cement our position as a true cloud specialist,” added Mercer. “Looking past any short-term wins in favour of the ultimate MSP goal has also meant we’ve set milestones that really matter, and we’ve concentrated solely on the part of the market we really want to work with – VARs.”

In seeking a capability boost Mercer acquired CSP EveryCloud in 2015, a move that strengthened the enlarged company’s offering and provided access to some of the most advanced cloud skill sets in the north of England. “By this stage we could deliver not just straightforward cloud voice but also call recording, back-up, storage, connectivity and so much more,” explained Mercer.

“Month after month more IT companies wanted to work with us. And our proposition continued to advance with us making the decision to bring in our own SBCs for example. This is a critical part of the VoIP infrastructure stack. But it’s complex, so even some of the biggest players choose not to get involved. However, our techies know what they’re talking about and have a hunger to own as much as they can of what we do. So, we made the move.”

Voice has always been a sensitive market, says Mercer, and despite the promise of VoIP it has attracted a bad reputation among many organisations, he believes. “This is exactly why I wanted Vapour to have sight of everything from the handset to delivery,” he added. “It was clear that if we could see the whole length of the traffic we could provide a consistent, defined and trusted service level. People pay more for this specialism, and it is paying off.”

Over the past few months Vapour has been busy finalising the biggest managed service deal in its history. But getting to this point has taken time and planning. “We haven’t just laid the foundations,” said Mercer. “In 2015, we also pivoted the business and decided to concentrate solely on partnering with VARs rather than going after end users. As a result, we can truly collaborate rather than compete with these resellers. We don’t want to offer IT support or hardware. We leave that to them, while we concentrate on what we’re good at, something that is usually a gap in their proposition. Vapour therefore creates genuine partnerships, and because we have our own marketing automation engine we can sit inside these businesses and nurture opportunities within their own base. Everyone benefits, including customers.”

Vapour now offers eight classes of service across two private, ultra-resilient SD WAN ready networks, spanning five data centres throughout the UK. According to Mercer, this is one of the most compelling reasons why partners want to work with Vapour, especially on larger more complex contracts. “Our network has cost us millions in terms of time, money, ongoing resource and support,” he added. “Our engineering alone continues to cost hundreds of thousands per year.

“We’ve got to keep constantly up-to-date to maintain the resilience we want to deliver. We are powering connectivity for business critical applications, and a network that is owned, run and managed by our own engineers is what ultimately ensures optimum robustness with a single, defined SLA."