PE firm Inflexion is to acquire a minority stake in Digital Wholesale Solutions (DWS) in a transaction that values the business at circa £1bn, according to reports. It is also reported that Matt Riley will remain as Chairman of DWS.

The transaction, which is expected to complete before the end of January, follows DWS's acquisition of cloud services provider Giacom in November, giving it a strong foothold in the IT reseller and SaaS space.

In its last financial year ended July 2020 channel-only Giacom generated almost £49 million revenues, £6 million EBITDA and is on track to hit circa £62 million revenue this year.

Giacom’s Cloud Market platform provides SaaS solutions including Microsoft 365 and Azure, security and back-up to over 70,000 end user SMEs through its partner network.

Giacom was established in 1999 and was recently announced as Business Insider’s Fastest Growing Business in Yorkshire. It has been a Sunday Times Tech Track 100 company for four years in a row and just passed the milestone of one million product licenses sold. 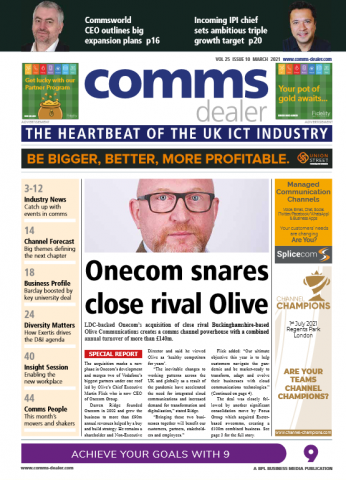