Home » News » Arrow fills its pockets ahead of next shopping spree

Arrow fills its pockets ahead of next shopping spree 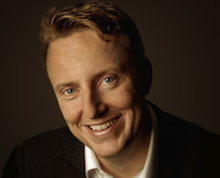 The rationale for the latest fund raise is to prepare Arrow for a new phase of acquisitive growth, during which it plans to on board more skills to underpin product range expansion.

Russell will steer the business towards its strategic objectives as Burke presses ahead with operational leadership.

Luke Jones, Partner at MML, stated: “Chris, Richard and the rest of the team have delivered strong growth and we are backing them to do more of the same.”

Russell added: “The acquisition of BTL Communications on 19th December gives us a great start to 2020."

Evolution Capital advised on the sale of BTL to Arrow.

Alantra advised MML Capital on its investment into Arrow, shortly after LDC’s acquisition of Onecom which was also advised by Alantra.

James Chapman-Andrews, Partner at Alantra leading the UK TMT sector team, said: “We are seeing a strong pipeline of deals involving UK-based B2B communications service providers and expect to see an increase in the number of M&A deals in this space during the months ahead.”