Home » News » Leading out of a crisis

Leading out of a crisis 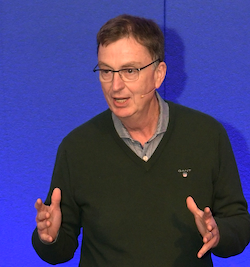 The application of true leadership principles should apply now more than ever, according to Zen CEO Paul Stobart.

He says says a one-size-fits-all approach flies in the face of any concept of effective leadership – and he shares insights into his own learnings and methods which he believes should be adopted across the board as a priority.

The Living Leader training programme completely transformed my thoughts and ideas around the topic of leadership, and we are rolling the concepts out across Zen. It was at a course about 15 years ago that I started to learn some of the raw truths about leadership, and how, in a crisis, to be the best kind of leadership role model one can be.

The definition of a leader according to the Living Leader programme is anyone who is in a position of influence over anyone else. It’s not just about the leaders of organisations, it is about everybody in the business, anybody who is in a position of influence, whether it is someone on the phone supporting customers, whether it is someone in the field trying to sell a new idea, or somebody in the back office trying to collect monies. Leadership is not the preserve of the boardroom. That’s an important learning, at least it was for me.

There are two leadership modes. The first of these is what we might call Manager Mode, which by the way was the mode I was in before I went on the Living Leadership course. This is when you are driving other people to perform to the optimum. In that sense it is about control, it is about ‘me’ telling ‘you’ what you’re going to do. That mode is very familiar to most of us. There’s nothing wrong with Manager Mode because in the right balance it is absolutely fine.

Leadership is not the preserve of the boardroom. That’s an important learning, at least it was for me

I was in Manager Mode on steroids. If you’re managing people in that mode all the time, telling them what to do, all of the time, it is suffocating. People never have time to offer their own ideas or thoughts. If you’re in Leader Mode all the time that can also be quite chaotic because there is no leadership, no instruction, and in a time of crisis people don’t want to be inspired to do things for themselves, people want to be told what to do... ‘this Covid-19 crisis, what am I going to do about it, where am I going to go?’.

Manager mode is about me, leader mode is about you. Let’s take it into the context of leadership behaviours because there’s a very good researcher, Neil Rankin, who did lots of research and identified that the best performing people were those that exhibited optimal communication behaviours. These behaviours come across in a number of different ways: Through your body language, through the written word, most importantly through what you say. What Rankin discovered was that those people who got the behaviours in the right balance were far superior to their peers. And he colour coded his ideas for clarity.

Blue is Manager Mode, all about me and giving information, informing others. Politicians use it at full throttle most of the time. There is nothing wrong with giving information, it is important for information to be shared, it just needs to be done in the right manner. Other Blue behaviours are disagreeing and proposing an idea or a thought which is actionable.

Green denotes Leader Mode, which is all about me respecting others, inspiring through my communication behaviours for others to do things for themselves, and supporting them to recognise the proposal and agree to it, then build on it. If you get these working together you get a really good team. Using words carefully and how we communicate, particularly in an online world, is really important. The same goes for listening. Test your understanding of what’s said, and pay respect to the viewpoint of others. Also, make sure you draw-in those that are quieter in the room, because often it is the quiet people who are the most reflective and analytical and have the very best ideas, so we should never forget them.

Behaviours marked out by the colour code Red should be avoided at all costs. These include shutting out and cutting someone off. We interrupt, we finish their sentence for them, all kinds of behaviours which are verging on assault. We’re just dismissing their idea and implying ours is more important, which is demeaning. Also in the Red are defend or attack behaviours that may see leaders take disagreement to a personal level. We get emotional, passionate, frustrated, and we get into a personalised attack.

What Rankin discovered is the ‘balance’. If you’re 100 per cent Blue you will bore people senseless and be impossible to please. All Green is also a mistake. Rankin believes that the blend needs to be 40/60 or 50/50. Now, for most of us that was a real shock because I was 100 per cent Blue (if you are in a sales role, you want to be 80 per cent Green, 20 per cent Blue).

How do we relate all of this to the current crisis we face? Our communication skills perhaps matter most right now, so get the balance right. Don’t be dogmatic, don’t tell people what to do most of the time, summarise what others are thinking, ask for ideas, draw people in who’ve not yet volunteered. Very often they’ll be the ones with most to offer. 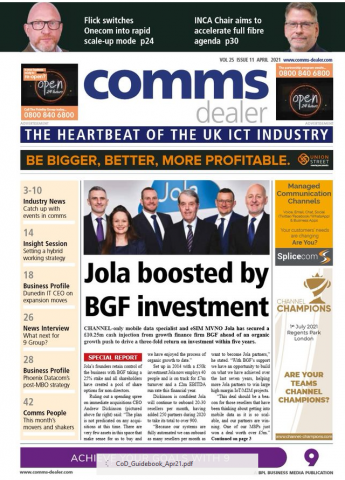