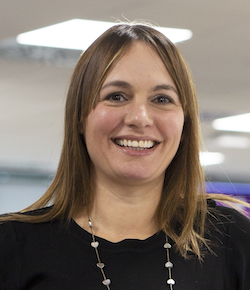 The lack of leadership diversity within the comms channel has been brought into sharp focus by Exertis which is driving for faster and comprehensive change.

Exertis has zoomed in on the percentage of women considered when promotions and hires are made. To this end the company has also set up three ERGs (Employee Resource Groups), one of them focused on women and headed up by Gemma Walters (Chair for Women), General Manager for Microsoft. “The purpose of our ERGs is to create a safe, supportive space for employees who share a common identity and to support under-represented employees in building a community, then educate the whole business about each community’s lived experiences,” said Walters. “This enables colleagues to work more effectively together and increases the talent from each of the three focal communities at all levels of the business.”

The ERGs promote inclusivity and ensure everybody is given a fair chance to succeed regardless of background. “They commit to champion, mentor and coach individuals from all genders, ethnic backgrounds and sexualities, as well as celebrating major events and driving policy changes within the company,” added Walters.

More specifically, her particular remit is to raise awareness of issues facing women in the workplace through networking, learning and procedural reinvention. “We will be looking closely at how we recruit, retain and advance women,” she added. “We will challenge ourselves and set goals that we can measure in all areas.”

To help boost the number of women on boards HR Director Jo Lawrence (pictured) advocates the Plus One mindset as a great place to start. “This challenges people to think along the lines of... ‘if you were to involve a women, who would it be, and how could she be involved in meetings and initiatives being worked on?’,” explained Lawrence.

“Removing barriers that might make women feel conflicted between work and family commitments is also important. Being mindful of flexible working, especially start and finish times, is key to helping women feel confident and happier in their roles. Gender stereotypes around family, childcare and responsibilities still exist, and creating meaningful roles with career progression for part-time workers and those with family commitments is something we focus on.”

While research suggests that for a group to have an impact on decision making it needs to form 30 per cent of the whole, Lawrence says this is about more than gender. “Style of thinking needs to be taken into account, ethnicity and a whole range of factors – not just women,” she said. “Breadth and depth of thought across the board and how you seek different inputs is essential.”

Lawrence noted that different perspectives and working styles can be gained from a female presence on boards, which delivers a balance of mindsets. She says that ambitious women can most effectively influence their own ability to reach a board level position by believing in themselves, managing stakeholders well, seeking sponsorship and championing each other, adding that this formula for success applies to all females in the workplace.

Exertis’ quest for parity is also reflected in progress made on gender pay gaps where they exist. Lawrence added: “Furthermore, our parent company DCC is running a mentoring scheme for hiring women which creates not only a network of female talent, but a support network for women in the industry.”