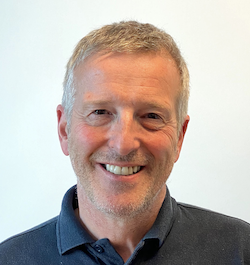 Fern Trading acquired M12 Solutions (which uses the Giganet trading name) in April 2021 and committed £250 million over the coming four years to build an FTTH network. Fern also owns Jurassic Fibre, Swish Fibre and Vorboss, all backed to build networks deploying over £1 billion of capital over the next four years. Fern is a large trading group, circa £2.5 billion in size, and active in the renewables, healthcare, property and fibre sectors. “Fern is as excited as us about how well Giganet complements its existing businesses in the space,” stated Skipsey. “B2C will be our focus as we take on new subscribers, but our B2B VoIP and business connectivity heritage will continue to be key for Giganet. Our aim is simple but bold, to be acknowledged as the best UK ISP.”

The seed of a deal was sown in 2017 when Skipsey was in discussions regarding M12’s exit from its Wessex Internet joint venture, prior to establishing the Giganet brand. He was introduced to merchant bank Cameron Barney about raising capital and its advice was to come back after exit and when Giganet was properly underway. “We did this, there were a couple of false starts and their introduction of Jarlath Finnegan (new CEO) and Paul Brazel (CFO), alongside my son Matthew and I securing Rob Baynes (formerly CityFibre) and Kevin Barry our build director who Jarlath found, all meant that we arrived at a complete and balanced team to create and deliver our new plans,” added Skipsey.

“It took us months to design our plan and stress test it, as well as create an associated slide deck before starting the process, via Cameron Barney, to begin discussions and presentations with potential funders. From agreeing Heads of Terms it was then a few months to get the deal over the line. With the transaction effectively being a buy-in management buy-out there was much due diligence against the established M12 Solutions business.”

During the early process Skipsey realised that the cost of building out is expensive, and while he considered looking for £30 million to first prove the business he also knew that time was of the essence. “We worked out that we could credibly create a plan which justified a really significant sum to allow us to first build in the areas we identified as being off the Openreach or other altnet radar,” he said. “Also, at this level of funding we are seizing the big opportunity to expand our commitment to the fast paced CityFibre and Openreach builds as well as increasing our own network footprint. Plus, of course, there are other new wholesale providers that we are engaging with.

“The network will be wholesale ready but our focus is direct for a few years initially. As time passes and the build in our planned region matures there are likely to be towns that will feel left behind. We will then go to other areas in the country – we are not constrained by geography.”

The new team’s immediate priorities are to secure new premises and kick off a staff recruitment campaign. “Last year, pre-deal, we grew revenue by over 20 per cent and increased to 24 people,” added Skipsey. “Just weeks after the deal we are well over 30 people and our plans will have us exceeding 250 for sales, marketing, network engineers and provisioning and systems teams as well as customer service. We’ve found additional offices between Southampton and Portsmouth and new offices in Reading. We’re also looking to build local teams of installation technicians and community champions across the south.”

Giganet is clearly focused on its build, however Skipsey noted that the significant growth opportunity over the coming year resides in marketing CityFibre to the 27 locations comprising 30-plus cities and towns where it will have a local interconnect for Openreach. “Just as important is connectivity and VoIP for business,” he added. “With over 80 per cent of business revenues on a monthly recurring basis we’re investing to build on this success and the massive localised marketing spend building our Giganet brand.”

As well as this big business model push Skipsey also noted that Giganet has been busy on product development. “Our technicians have installed our network-based SIP aggregation ‘box’ and introduced our home VoIP platform,” he explained. “Both offer more control, better pricing and help with our competitive advantage.”

In other developments, Giganet is working on products to deliver optimised home and SME Wi-Fi. “This means great Wi-Fi 6 routers, Wi-Fi mesh, extenders and end user support apps to get it all working as well as possible,” said Skipsey. “Apart from speed, we see this, as well as great pricing and back-up, as the key factors to the success of full fibre.”

Earning my Green Beret gave me a fantastic level of experience in responsibility, values, appreciating risk and having a good plan

He believes that although FTTC is cheap and adequate for some, people will move to full fibre as the availability increases and the benefits become more obvious. “This is more than just evolving services to higher speeds, it’s about improvements to their relationship with a different kind of new provider which engages with the whole local community,” added Skipsey. “This market is an exciting place to be! With our hyper local approach, where we will be visible to new and potential customers and providing employment, to local community sponsorships, we feel our differentiation will really appeal.”

Skipsey is delivering Giganet’s message to bring greater clarity to the market with military precision. This is second nature as he started his comms career in 1988 after nine ‘tremendous years’ in the Royal Marines. “Earning my Green Beret gave me a fantastic level of experience in responsibility, understanding fundamental values, the appreciation of risk and knowing the value of having a good plan,” he said. “This translated into success in Civvy Street which led to living a great quality of life with many opportunities.”

Skipsey rounded off his Royal Marines career with a leaving course – a Diploma in Sales and Marketing which enabled him to seek a good sales role. “And what a dynamic sector to find myself in! I became a board member after four years and sold huge amounts of SDX and later INDeX,” he commented. “After we underwent a buy-out in 1995 I did the IoD Diploma course to be better qualified in business management. We sold SOTEL and became Convergent Systems. When Azzurri took over in 2003 I was able to negotiate an elegant exit with a contract to look after my old customers as an agent, but with the freedom to build my brand and introduce complementary products for my direct sale.”

After starting M12 in 2003 with two assistants Skipsey built his team to 22 people before the financial crash, having mainly focused on sales of Splicecom, WLR and minutes. “In 2012 we became an ISP and commercialised the fledgling Wessex Internet WISP,” he explained. “Matthew, my eldest son, had joined after Uni and did some impressive technical and software work. My middle son Luke helped us sell to over 2,000 subscribers by our exit in early 2018, when our JV partner bought our share and built their own version of what we did. We kept our people and upgraded our London Internet Core, Matthew designed and engineered a multi-provider quote tool and we optimised our Giganet brand that now secures thousands of enquiries a week.”

Other key projects included upgrading Splicecom traditional customers to M12’s DBX cloud version and feeding sales people with qualified connectivity leads and targeted marketing. “To give our salespeople more talk-time to work with customers we have executive help with their Salesforce use, getting quotations and contracts out and across to provisioning quickly,” explained Skipsey. “My third son Joshua manages this role. It means our sales people get more selling time to ultimately do more business than they otherwise would. This optimal approach is evangelised by Justin Roff Marsh in his book The Machine and is working really well for us.

“Another book that has influenced us is 3Hag Way by Shannon Bryne Susko, which I found from a brilliant podcast series (The Melting Pot – Dominick Monkhouse). It sets out a framework to guarantee business growth and it was pleasing to see that many of the elements suggested were already a part of how we operate. Just doing some more of this helped us when we pitched for funding.”

According to Skipsey, the different pricing strategies for full fibre is a challenge to the industry and he aims to remove complexity where possible. “On CityFibre we have a simple model, our build will be similar,” he added. “We want to offer honest, easy to understand products and pricing that doesn’t require a calculator to compare. We’re looking to reduce the length of our contracts and help people move sooner, even when they are in contract. We also believe that those who resell without value-add and only have price in their armoury will be overtaken by rivals with a better speed for lower cost advantage, backed by inherent innovation, coupled with a great business culture.”

Just a minute with Andrew Skipsey...
Role model:
Geoff Bezos: Whatever you think of Amazon their market disruption has been pure genius.

Tell us something about yourself we don’t know:
I have cycled from Lands End to John O’ Groats twice and I want to do it for a third time in the next few years.

What do you fear most?
Being diagnosed with Alzheimer’s before there are effective treatments.

The biggest risk you have taken?
Just done it... I lost control of my business for a far greater good for all.

If you weren’t in comms what would you be doing?
Writing a book or two.

In hindsight:
I should have got myself a good board and management structure earlier than I did.

Hardest decision you made:
To let eight people go to stay solvent when we hit the financial crash.

Your main strength and what could you work on?
I’m known in the business for my positivity and a determination to get things done; but I could do more to be a bit less cringeworthy – apparently.

One example of something you have overcome:
Milk in coffee.

If you could transform any part of the comms industry what would you do?
Introduce a quality barrier to entry so that the harm done by those who have a ‘flog and forget it’ or zero customer care mentality don’t keep dragging down the reputation of our vibrant and critical sector.

Best piece of advice you have been given:
Write down your goals and live every day like you want to attain them.

Top tip for resellers:
Find a growth methodology, create a plan and work it!