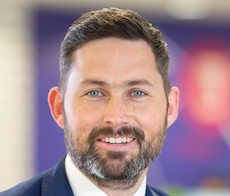 Gamma channel boss Daryl Pile has issued a warning to partners on the rise of ‘master agents’ in the bustling hosted comms market  – and he fears there will be many casualties...

Speaking at the London leg of the annual Gamma roadshow, Pile also warned resellers to be wary of new billing models from some providers. “It costs a lot to provide cloud services and it’s becoming a heavily commoditised market,” he said. “There are more than 100 hosted providers now, all looking to take one per cent of the market, so they cannot all survive. It’s a competitive landscape and customers are also being pulled across by some vendors and billed directly. Beware of the master agent model which is on the rise.”

Gamma’s four roadshows, held at iconic football venues across the UK, were staged at Hampden Park in Glasgow, The Etihad in Manchester, Villa Park in Birmingham, and Stamford Bridge in London. They attracted a total of 700 loyal followers keen to hear the company’s tactics and game plan for the year ahead.

Over 300 ‘supporters’ attended the final fixture, staged at Chelsea FC where Managing Director Pile enjoyed his Jurgen Klopp ‘You’ll Never Walk Alone’ moment, declaring: “We had a spectacular 2019 and it’s all down to players like you. You cannot chop and change with a channel strategy and the trust and loyalty you have shown is helping us build your businesses.”

There are more than 100 hosted providers now, all looking to take one per cent of the market

Attack on all fronts is Gamma’s tactic and Pile underlined the opportunity to turn 14 million CPE seats into Gamma Horizon hosted ones before the PSTN ‘stop sell’ in 2023. He claimed Gamma’s financial strength puts it in a secure position to compete and its strategy to continue to invest in the channel was key, quoting the recent acquisition of Microsoft focused UC business Exactive as further evidence of its commitment to UCaaS development. “Thirteen million people use MS Teams every week,” he added. “Exactive helps us address a part of the market that is already embedded in a Microsoft ecosystem and this will be an essential part of our UCaaS strategy.”

To meet the growing demand for flexible working amid the coronavirus outbreak, Pile and Head of Channel Andy Smethurst demonstrated, via a fun video, how Gamma’s Collaborate Conference solution can turn a meeting room into a video conferencing suite in 80 seconds.

In summary, the key focus of this year’s shows was to stress to delegates the tools they now have at their disposal to sell UCaaS and add value via Gamma’s partnerships with Akixi for call management, Cirrus for cloud contact centres, Three for everything mobile and mobile data and Microsoft for integration with MS Teams. Interestingly, when asked, 88 per cent of the audience saw Gamma integration with Teams as an opportunity.

Conference soundbytes...
Andy Smethurst, Gamma Head of Channel, on UCaaS opportunities:
“SIP growth is flattening out and the biggest opportunity for the channel is UCaaS. Cloud PBX penetration is standing at 49 per cent in the 10-49 seat sector, and it’s a Trojan Horse into the mid-market and enterprise markets.”

Joe Pratten, Gamma Hosted Specialist, on Flexible Working:
“UC is all about creating value. Having internal messaging, voice and video conferencing on a single platform is powerful. In the current climate, 478,00 Horizon users are looking at flexible working options. To demonstrate simple RoI to your customers you could look at their spend on travel. It costs £224 to get to London peak time from Bristol which is £1.10 a mile, whereas a first class flight to Dubai is 44p a mile. I am not saying businesses should have their team meetings in Dubai, I’m highlighting the obvious and glaring RoI that can be achieved by a business simply hosting their internal meetings using a collaboration platform.”

Matt Barnett, Gamma Head of Channel for the South West region, on integration with MS Teams:
“What does Teams represent for the channel? To be blunt, a big opportunity to enable up to seven million Teams users in the UK with a high level business voice capability. Our Microsoft Teams Direct routing proposition enables users to add value by offering enhanced features such as disaster recovery, call queueing, hunt groups and more.”

Matt Worboys, Gamma Business Development Director, on Gamma’s partnership with Three:
“Mobile is a £2.9 billion market and it is mostly stable. Video and voice are critical applications to deliver across Gamma’s mobile data network and, as an MVNO, we provide full control over the brand, the contract and value propositions. Resellers also have access to the latest technology when it enters the market such as VOLTE, Voice over Wi-Fi and 5G.”

Duncan Finlay, Head of Enterprise Product and Marketing, Three, on the potential of 5G:
“Three has invested £2 billion on 5G, and is now the 12th largest holder of mobile spectrum in the world. 5G technology will boost revenues by £1.7 billion and will create 150,000 jobs. Seventy five per cent of businesses do not know how make the best of 5G, which represents a massive opportunity for resellers.”