Home » News » Poised for a scale-up

Poised for a scale-up 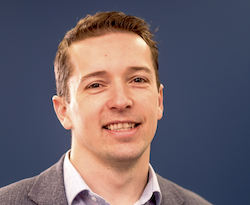 Full Fibre’s roll out strategy is the shot in the arm that the UK’s ‘forgotten’ market towns so badly need, according to COO James Warner.

There is little doubt that one of the comms sector’s most pressing challenges is achieving nationwide full fibre coverage. As an urgent response to the task in hand, altnet Full Fibre has grabbed the bull the horns and is accelerating its scale up strategy and targeting ‘forgotten’ market towns in a wholesale-only context. “Our strategy is simple, to build a challenger fibre infrastructure wholesale business,” stated Warner. “We will do this by enabling a minimum of 500,000 premises that can be accessed by more than 50 per cent of retail ISPs.”

Warner was appointed in January to deliver this target within five years. “The key focus is scale and bringing in the right resource and business partners to drive our growth plans,” he added. “The first year is all about embedding the systems and processes to really grow. We have opened three offices in the last six months and there are two more to come in the next six months.”

Warner noted in particular that the biggest challenge is resource, ie, having the skills to deliver infrastructure at scale. “We are addressing this through technology and the automation of certain tasks,” he stated. “This doesn’t work everywhere of course, but it has allowed us to get a far greater output from our teams.”

Underpinning Warner’s faith in automation as a route to growth is his belief that Full Fibre’s key differentiator is its wholesale-only approach. “Being a retail ISP is a specialist area in its own right,” he explained. “As a business we don’t want the distraction and complex task of running a retail ISP. That does not support the long-term trajectory of the industry and would distract from the most important task of reaching as many homes as quickly as possible. We leave the customer relationship with the channel ISPs who have honed their expertise in this area.”

As things stand Full Fibre’s fibre footprint extends to five towns. “The plan is to build, build, build! We have announced our first 11 towns already and are actively building in five right now,” enthused Warner. “Our roadmap is aggressive and there is a lot more to come. As our footprint continues to grow so does the size of the channel partners we support.”

The lack of fibre deployment in the UK has created the space for altnet providers like Full Fibre to take a lead on fibre deployment, claims Warner. “Most of this has been concentrated on dense urban and city landscapes, leaving market towns behind, which is where Full Fibre has concentrated its strategy to date,” he commented. “We also see a requirement to move into more rural deployments, filling in the rural areas surrounding the towns where we build. That will likely form the natural evolution of all our fibre deployments. This means a channel partner can be confident that when we start to go live in a town they can market to everyone in the geography, knowing that we will reach them at some point in the near future.”

Our strategy is simple, to build a challenger fibre infrastructure wholesale business

As mentioned, Warner joined Full Fibre at the beginning of 2021. He was attracted by the firm’s vision, strategy and funding. “The business strategy is well-formed and aligned to how I believe the market needs to mature,” he said. “Our plans mean we build to 100 per cent of the towns we identify, not just cherry picking the easy bits.

“We operate as a true wholesale-only operator, meaning we are focused entirely on the long-term outcomes of a fibre infrastructure business. And most importantly there was a funding partner willing to enable these developments to happen without the usual altnet funding hurdles of having to demonstrate retail sales in order to unlock build – meaning we can go fast and scale the business at pace.”

The business landed investment in December 2020 from Basalt, enabling the expansion of the plan and overall strategy that proved magnetic to Warner (who has always had business growth at the forefront of mind). “We opened two new offices in quick succession – a HQ in Exeter and a second regional office and warehouse in Telford, in addition to our existing base in Herefordshire,” he commented. “Plans for our fourth and fifth regional offices are underway and there will be more announcements to come, including a recruitment drive. At the beginning of 2021 we had just 20 direct staff, we are now over 60 and will be well into the hundreds by the end of the year as we continue to scale and build the operation.”

The factors that are influencing and shaping the evolution of Full Fibre’s expansion plans also include matters surrounding DCMS’s intervention strategy (The Outside in Programme) to deliver gigabit capable services across the UK. This will determine how much commercial deployment is justifiable in certain locations.

“We are fully committed to delivering against the initial 11 towns we have recently announced to build,” confirmed Warner. “However, the large intervention areas recently announced create questions on previously interesting build locations – this may reduce the commercial appetite. The WFTMR (Wholesale Future Telecoms Market Review) also has a number of elements that will define certain parts of our roadmap, specifically on the incentivisation of Openreach to build area 3.”

According to Warner, the full fibre message is hitting home in the channel, helped by high profile developments such as those outlined above. The key of course is the opportunity for the partner. “Some have capitalised on fibre early and are therefore able to offer services that give them a genuine edge in their product offering,” he said. “Those that don’t do this soon will be left behind.”

Despite the urgency there still needs to be some common alignment of standards and operations between full fibre providers to make it easier for partners to consume, observed Warner. “Unique systems, processes and price points across the providers will generate a confusing landscape for partners and the consumers,” he stated.

“Fibre adoption is critical to all altnets but the key is how we empower the smaller retail ISPs to take market share from the big four. We will be spending significant sums and time in marketing to our areas and raising awareness of the newly available services, and pushing these interested parties to our partners.

“Our most significant opportunity is built into our strategy. As a wholesale-only provider we can concentrate efforts on enabling build at pace and setting up all our systems and processes, removing the complexity and work for partners to enable them to serve the end customers, rather than it being a secondary consideration to appease the need to be seen to be offering consumer choice.”