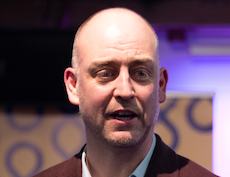 One year ago wholesale network operator ITS Technology Group set about fast tracking its full fibre roll out programme boosted by a £45 million Aviva Investors deal.

Now, with a strengthened leadership team in place and an expanding channel presence the company is poised to emphatically exert its influence as a primary market player in 2021 and beyond, according to CEO Daren Baythorpe.

The acceleration of ITS’s fibre roll out strategy is based on the efficient reuse of public and private infrastructure and collaboration with its partner network to identify areas of greatest demand. “This approach allows us to connect more customers to full fibre far quicker than the industry norm,” stated Baythorpe. “With BT’s public switched telephone and copper network switch-off plans now in progress, the race to build alternative futureproof full fibre IP-based networks is on to ensure coverage and choice for end users.”

Having recently launched a full fibre network along the Fylde Coast in Lancashire, ITS currently operates networks across areas including Bristol, East Midlands, Greater Manchester, North Wales, the North East and South East including London. “I took leadership of ITS in early 2018 and focused on reshaping the business,” added Baythorpe. “This has created a strong foundation for this next phase of our growth. Working with Aviva gives us considerable financial backing to further flex our reuse muscles and continue to take advantage of the opportunities ahead."

In October last year the alternative network operator strengthened its senior management team and delivery capabilities to fulfil a growing pipeline of full fibre projects across the UK. Mike Goodwin joined ITS from CityFibre’s FibreNation to take on a newly created position as Head of Network Architecture and Operations. ITS also recruited telecoms heavyweight Darren Shenkin as Director of Strategy & Innovation. His prior roles include stints at Hyperoptic, Community Fibre, Plusnet and BT. As part of its recruitment drive ITS increased its partner development and technical teams including fibre designers and planners. Baythorpe said: “Time is of the essence in the race to a gigabit capable UK and having the right people driving this is vital.”

While 2033 might be the new target for Ofcom and Openreach, we aren’t taking our foot off the pedal

A week before the UK was placed into nationwide lockdown in March 2020, Baythorpe addressed 100 businesses in the Science and Industry Museum in Manchester. His message to partners was one of innovating and tearing up the rule book. And in this context he launched ITS’s Faster Britain full fibre network. “Despite the Covid-19 pandemic 2020 was ITS’s most formative year of growth,” stated Baythorpe. “ITS’s channel community has grown to over 150 partners and encompasses a traditional reseller and newly launched wholesale channel.”

Partners have access to all of the company’s networks as layer 1 (dark fibre), layer 2 (wholesale) or as a fully managed layer 3 (active) connection. And ITS’s full fibre is available across many UK regions including, West London, Greenwich, Blackpool, Nottingham, Hereford, Bristol, Tameside as well as its more recent Faster Britain network builds in Preston and Scunthorpe. “Securing the £45 million deal with Aviva Investors enabled us to accelerate plans to build our Faster Britain full fibre networks across the UK, as well as position ITS as a key player for helping the Government meet its full fibre promise following the copper switch-off,” added Baythorpe. “The business built its strong position from its approach to reuse and PIA.

“My aim is to strengthen all aspects and create a strong foundation for our next phase of growth. This includes a commitment to contributing to the Government’s full fibre to every premise agenda, and through our reuse approach we’re looking forward to the year ahead and connecting more of our partners’ customers to full fibre far quicker than the current industry norm. We know the importance of alternative network providers in helping the Government reach its full fibre target, and we know the role we can play. Through our use of code powers, PIA and strong relationships, we are still working to our own five year build objectives. While 2033 might be the new target for Ofcom and Openreach, we aren’t taking our foot off the pedal.”

To speed things along ITS launched its Vantage programme last year, a partner-led scheme for installing fibre where partners have an existing customer base on legacy copper or expensive fibre products, looking for better more affordable full fibre solutions. It’s an approach that has set the business up well for 2021, believes Baythorpe.

“Our approach to working with partners is proactive,” he added. “It is about listening to partners and helping address their challenges, rather than them responding to us. By understanding a partner’s strategy we then develop at pace and help them win in the marketplace.

“Partners want to know where they can sell our Faster Britain network, and we want to talk to them about how we can develop network solutions for them. It’s that synergy that helps them to drive efficiencies in their base. It also helps us to determine where we build, manage and operate our network. Whether it’s a reseller or an MNO looking for backhaul, we are open to those conversations.”
Baythorpe is no stranger to the full fibre market. He was previously Managing Director of Openreach’s Business and Corporate Delivery division, working at a time when altnet entrants such as Hyperoptic and CityFibre were new to the scene, and he’s well aware of what’s required to be successful, especially attuned to the importance of a strong leadership team. In addition to recruiting Shenkin and Goodwin, Baythorpe pulled in ex-Partner Channel Director at NTT Kevin McNulty as Strategic Relationship Director; and Dave Ferry as Business Development Director, who joined from Virgin Media Business where he was Head of SME.

The launch of ITS Wholesale, the appointment of channel stalwart Philip Lee, and a new API and portal were also key milestones last year, according to Baythorpe, who reiterated the importance of relationships in building Digital Britain. “Strategic relationships with companies like Daisy Communications have seen multiple Faster Britain campaigns and a burgeoning partnership targeting the business community,” he added.

“For example, our recently signed partnership with connectivity provider 4th Utility enables it to take ultrafast connectivity to more than 500,000 premises over the next three years. Partnerships like this, 70 per cent growth in employee numbers during the last year and an ongoing recruitment drive to service our growing network and partner community are statements of intent that firmly plant ITS as a key player in the UK reseller and wholesale market.”