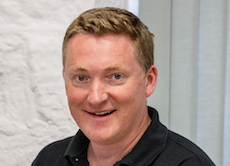 A record business breaking performance ensured that distributor ProVu retained its ranking as one of the top 100 fastest growing tech companies in the 2019 Northern Tech Awards.

This year's inclusion marks ProVu's fifth consecutive appearance in the league table which forms the basis of an awards evening at Manchester's Albert Hall on 28th March.

ProVu MD Darren Garland (pictured) said: “Being listed in the rankings once again is testament to the hard work and dedication that our team exhibits day in and day out.

"It is no easy feat to maintain such a growth curve year-on-year, so to be listed in the top 100 five years in a row is a spectacular achievement.”