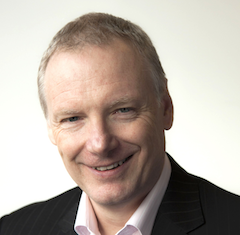 The technological preconditions for a rush to UCaaS were in place, but until the coronavirus outbreak adoption was hardly impressive. Now, amid a global pandemic, UCaaS is universally accepted as a gold standard in communications.

It binds workers together, wherever they are, as part of a single homogeneous digital workplace, and UCaaS uptake is going in one direction only, says VP of Sales for EMEA Gary Bennett.

As well as a watershed moment in human history for many reasons, the coronavirus pandemic has brought clarity and urgency to one of the comms sector’s most pressing questions: What’s been holding back demand for UCaaS, which should by now define the market? “We are at an inflection point where the world will be measured in pre- and post-coronavirus terms,” said Bennett. “Corona has forced businesses to break down those walls of inertia that have held back UCaaS adoption, and forced organisations to understand just how powerful virtualising systems and services in the cloud can be.”

Uptake of UCaaS has been surprisingly low given how long the industry has been trumpeting the technology and business opportunity. Potential sales could have been stalled by a failure in the basic rule of definition – what is UCaaS? “That’s the million dollar question,” stated Bennett. “When you speak to vendors it tends to look a lot like what they are selling. However, most people agree that the characteristics of UC encompass six functions: Voice and telephony (including mobility); meeting solutions (audio conferencing, video conferencing and web conferencing); messaging (email with voicemail and unified messaging); presence and instant messaging; clients and communications-enabled applications such as integrated contact centres, communications platform as a service and workstream collaboration.

“As is often the case the technology piece has been available in various forms and levels of sophistication for several years now. This leads us to ask why it hasn’t become more widespread. The answer is usually cultural in the form of inertia. In other words, ‘it’s too difficult’, or ‘we would move but we have xyz that stops us’.”

Mixed messages in the channel, and a case of blinkered vision, may also have stymied UCaaS in the past, with the technology rather strangely perceived as being particularly ill-suited to the commercial interests of resellers. “The channel has often struggled with the ‘what’s in it for me?’ piece around UCaaS,” added Bennett. “There are some more creative channels that we work with that have embraced UCaaS, white labelled and re-sold it as part of a broader managed service proposition. In doing this they have made their offering stickier, thereby protecting ongoing revenue streams.

“Then there are those who see UCaaS as something that other businesses, often competitive companies, are offering, and have tried to keep customers in the old world. Recent events will force a different approach moving forward.”

It is an understatement to say that sufficient growth has been stimulated quickly by the coronavirus outbreak to redeem past sluggishness in UCaaS uptake, as it has suddenly become one of the only games in town. “Gravity is moving in one direction when you look at UCaaS, so it’s better to be on the bus rather than chasing after it,” stated Bennett. “There is a great opportunity for channels to create a range of new services and solutions for customers by white labelling UCaaS alongside other offerings and creating something compelling for a specific vertical. We see several of our channel partners doing this in the local government, housing association and legal sectors.”

The stages resellers should go through when building a business case for UCaaS always start with understanding what the end customer truly values, needs and wants, and how technology and services will get them to where they want to be. All of this has to be customer led, advised Bennett, even though everyone broadly wants the same things. Factoring in what clients are trying to achieve from a customer experience perspective is also key, along with assessing an organisation’s goals from a cost-income ratio perspective; understanding the lengths of existing contracts; and gaining insights into the customers’ strategic vision for the coming three to five years.

It is likely that such a revision would spotlight Microsoft Teams, which has already set a precedent. “Teams is having a profound impact on the UCaaS space,” stated Bennett. “It’s one of the largest change drivers in the market, arguably a VHS-Betamax scenario all over again. Most businesses use Office and Windows for their desktop. Most have internal IT teams skilled and certified on Microsoft. So there are many reasons why Microsoft says Teams is the fastest growing app in its history, and its availability is undoubtedly a key part of that phenomena.

“This does not mean there isn’t space for others. We see adoption of our own Vidyo conferencing and comms platform accelerating exponentially. There is no doubt we see organisations every day making the decision to put collaboration platforms and UCaaS at the heart of what they do.”