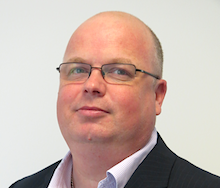 Distributor ScanSource has appointed Marcus Ollenbuttel as Senior Vice President of Digital Distribution for its business in Europe.

He joined ScanSource in 2013 as a team leader for the UK and progressed to the role of Vice President of Merchandising for ScanSource POS and Barcode in Europe.

During this time he led the company’s supplier strategy and relationships and was responsible for product marketing plans, inventory management and recruitment of new suppliers.

Prior to his current European role Ollenbuttel oversaw the company’s UK sales operation.

“During his time at ScanSource Marcus has developed invaluable relationships with our partners and suppliers, as well as a keen understanding of the changing demands of the market," said John Eldh, Chief Revenue Officer, ScanSource.