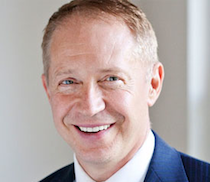 Firstcom Europe has acquired Bolton-based comms provider Telesis as it seeks to become the number one pan-European provider of cloud comms. The deal is Firstcom Europe's eighth acquisition in five years and adds circa £9m revenues, spiking annual turnover to 35m euros.

CEO Jean-Pierre Vandromme (pictured) revealed plans for at least one other major acquisition and a number of smaller transactions in 2019 which he says will further aggrandise revenues to over 60m euros.

"Our goal is to become the prime pan-European cloud provider with presence across most of Europe and revenues of over 75m euros by 2020," he stated.

The acquisition increases Firstcom Europe’s staff numbers by 42 to 200 and gives it a presence in the north of England. The financial details of the deal were not disclosed.

Telesis began its commercial life in 2009 and was significantly boosted by its transformational acquisition of Digital Telecom Airtime last year.

Firstcom Europe was established in 2004 and its group companies Voip.co.uk and Firstcom Denmark have developed a proprietary cloud platform.

Bleakley said: “The market is moving more towards subscription-based cloud services such as hosted PABX and SIP channels and our combined expertise will allow us to expand and enhance the overall service proposition for our customers."

Vandromme added: “The acquisition is a milestone, adding revenues, a customer base and expertise in the north of England. It fits our strategy of converting customers with traditional telecommunication services to new cloud-based products.”