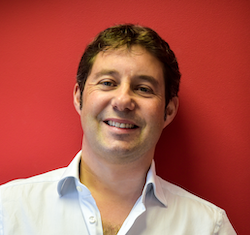 Voip Unlimited MD Mark Pillow – a former avionics engineer – discusses spreading his wings in comms, and he gives the megaphone to his declared intention to become the one-stop-shop for the channel.

Pillow’s background is in military and civil avionics. And after flying around the world fixing aircraft he decided to move into flight simulators. He headed up a project to ensure all IT and avionics systems were Y2K bug-proof then got more involved with airline IT systems. The airline group he worked for also owned a F1 team, so Pillow got involved with F1 trackside and factory IT logistics too.

“I went off on my own to support various airline projects post 9/11,” explained Pillow. “The airlines were some of the first to embrace VoIP – and spotting a gap in the market I set up Voip Unlimited in 2006 so that non-aviation businesses could capitalise on what was, at the time, a niche technology. Looking back, I have always had ‘one foot in the future’, predicting the broad changes we’ve experienced, especially in the last decade. I’m no visionary, but I’ve got a good track record of recognising market shifts before most of the market.”

Voip Unlimited will be the one-stop voice and data shop for the channel. That’s the goal

His vision is for Poole-based Voip Unlimited to become the channel’s one-stop-shop for everything voice and anything connectivity related. To advance his ambition he is gearing up to launch an end-to-end solution to the channel called Voxone. “We also want to better educate the industry, especially around voice quality and connectivity,” added Pillow. “Our private voice network produces the best MOS scores we’ve seen, and we want to teach everyone about what that means and the benefits of a genuine high quality voice service.

“Furthermore, the last few years have proven just how important a robust Disaster Recovery plan can be. There may not be another pandemic, but whatever the future holds businesses need to have backup plans, so we’re working hard to make those preparations more commercially focused, dependable and repeatable.”

More recently Voip Unlimited has invested heavily in its data centre infrastructure, also evolving its systems and software to reduce operational and end user costs. “This is where a lot of our in-house development team’s time goes,” commented Pillow.
Having developed a robust voice network for its own customers Voip Unlimited then focused on wholesale partners, looking at how to stand out from the crowd, how to support partners better and become a one-stop-shop. A big part of this effort is partner education on the support that is available to them in areas like sales, marketing, project delivery etc. Another focus area is margin protection, especially with end users being price sensitive.

“Voip Unlimited will be the one-stop voice and data shop for the channel,” stated Pillow. “That’s the goal, and we’ll get there by innovating faster than our competitors, bringing new products to the market and providing a better experience for partners.”

Having a value added proposition that can evolve with the market, and is well supported, is key to success, believes Pillow. “A challenge for many is putting value back into the proposition,” he added. “Why should end users invest more in our services than another provider? Who is racing to offer the lowest price? It’s about translating the difference between a telecoms supermarket and a delicatessen to the average business customer at a time when budgets are tight and they need convincing to invest. Creating stronger relationships between end users and their suppliers is also key, so we ask what more we can do to help resellers create stickier customers. Once those questions are answered the economic issues will be transcended.”

Among the new technology areas blipping on Pillow’s radar screen is 5G which he is convinced will be transformational. “5G’s ability to handle capacity in high volume areas is a game changer,” he stated. “As the UK’s bandwidth demands and the need for low latency data transfer in real-time – for things like IoT and VR – continue to grow, 5G will be a great enabler.”

That said, Pillow also noted that connectivity in general still has a way to go in its maturity. “The convergence of voice and data has only just started, and there is still optimisation around areas such as simultaneously sending data through fibre at different wavelengths,” said Pillow. “This could go a long way in reducing bottlenecks and the number of roads being dug-up.”

The industry also hasn’t properly addressed the remote areas that don’t have decent broadband, let alone fibre, observed Pillow. “Yes, there are altnets in certain areas, but there are still a lot of people outside of those areas,” he added. “Hopefully, that’s where satellite services like Starlink can provide a genuine benefit with far less investment required. We just need the right technologies at the foundation of our nation’s infrastructure and a realistic plan to make sure everyone can take advantage of it.”

Just as Britain’s digital infrastructure will ultimately underpin the services economy and drive future prosperity, all those aspiring to be successful in the ICT provider space have a responsibility to lay the foundations for their own success – and Pillow sees the future as his biggest opportunity. “I was once referred to, by someone senior in the sector, as the ‘sleeping dragon of the industry’,” he stated. “If that’s the case, the dragon is stirring!”