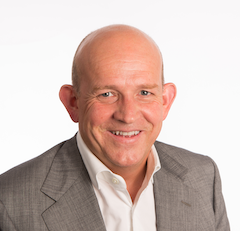 A greater emphasis on collaboration and remote working has positioned GoTo to lead the way for solutions that deliver on the wider business strategy and appeal to channel partners serving SMEs, says GoTo General Manager for EMEA Sion Lewis.

Lewis defines himself as a working class lad who ‘broke into’ business leadership, proving that it’s what you do and how you do it that counts most in life - a tenet he also applies to GoTo’s modus operandi. “I hit some roadblocks at the beginning but execution and commitment ultimately spoke louder than my education or background,” he stated.

That said, Lewis’ entrance into the IT sector was less a well practiced and determined plan than accident. “I went to university to study philosophy and my best friend told me it wouldn’t make me any money,” added Lewis. “I then decided to change paths and study business at the University of Hull where the only available business course was in Business Information Systems. At the time I didn’t know what IT or Information Systems were but it was a means for me to study business.”
The course included a year working in industry and for Lewis this meant a job working for Grand Metropolitan as an analyst. “I quickly learned that I was no good as an analyst but I was good at talking with people, so my first employer moved me into a solution consulting role. Ultimately, I ended up carrying a quota and the rest is history.”

Lewis’ journey towards self-discovery and self-determination echoes GoTo’s brand name which came to life in February this year – the launch also represented a crystallisation of purpose and direction. The business was previously known as LogMeIn and was established in 2003 in Hungary. The founders set out to develop software that allowed them to log in to a computer across the city from a desktop at home, avoiding an otherwise unnecessary commute. “Through innovation and acquisitions over the years we’ve expanded to do much more, offering businesses small or large the ability to fully collaborate and support their teams seamlessly from anywhere,” explained Lewis. “We aim to be the go-to solution.”

Strategic launch
The rebrand was accompanied by the launch of a simplified product portfolio with a single application and two flagship products – an IT management and support product called GoTo Resolve, and GoTo Connect joined the UCaaS product portfolio. The company actually acquired its first iteration of the GoTo family of products from Citrix in 2017. The move diversified its portfolio with the addition of the GoTo communications product suite and products such as GoTo Meeting, GoTo Training and GoTo Webinar. The combination of these products and (the then) LogMeIn’s cloud-based connectivity proposition catalysed the billion dollar business we see today.

“Our rebrand tied it all together by simplifying our product suite. It also gave us the chance to consolidate these products into one unified application and admin system, which was a critical need for our customers,” stated Lewis.
Like many other organisations, another major milestone for GoTo was the Covid-19 pandemic and the decision to be remote-first, with no obligation for employees to ever return to any of its offices around the world. “Working from anywhere is in our DNA,” commented Lewis. “During this time small to mid-sized businesses were suddenly desperate for tools that would allow them to operate from anywhere. The world changed in March 2020 and will never be the same again. We aren’t going back to five days a week, 9-5 in the office. There is a new baseline and expectation that employees should have the option to work from anywhere.”

GoTo itself has over 3,000 employees globally, nearly 800,000 customers, more than one billion people joining meetings, classes and webinars through its UCC products, and half a billion connections on the company’s remote access and support tools. And, as mentioned, more than $1billion annual revenue.

So rebranding a business of this scale was no small decision and reflects a strong belief in the proposition. In another sign of strength, soon after the rebrand, GoTo rolled out its new GoTo Partner Network which enhanced the existing programme to include a greater global focus and more ways for the expanding ecosystem of partners to bring in more customers and increase revenue.

The company also instated UCaaS channel veteran Michael Day as channel chief. “We have big ambitions to grow the percentage of revenue secured through our channel, particularly in Europe,” commented Lewis. “Small to mid-sized businesses prefer working with trusted partners and we want to be the go-to recommendation for all SMB remote working needs.”

According to Lewis, the key to a great company is always listening and evolving. That includes paying close attention to the economic environment. “We are entering a time of economic downturn and need to look at how we can help businesses be most efficient with their resources,” added Lewis.

A study by GoTo found that 95 per cent of businesses plan to consolidate their tools this year after signing up for everything they thought they needed during the work from home scramble. No surprise then that GoTo is most focused on strengthening its unified capabilities between communications and IT management and support products. This includes the acquisition last month of Miradore, a Mobile Device Management cloud solution built specifically for SMBs, allowing IT teams to manage end users across iOS, Android, Windows and MacOS. “We identified a need and decided the quickest route to solving the end point management gap was to acquire a solution that is already developed and tested,” said Lewis.

Keeping an eye out for external opportunities such as acquisitions is a key aspect of GoTo’s expansion strategy, but Lewis says the biggest opportunity resides within the firm’s existing target audience – small to mid-sized businesses. “Many of our competitors compete to serve the best known, biggest ticket enterprises,” he explained. “This leaves growing businesses with few options, either a product that is too complicated and expensive for their needs or far too simple. Small and medium-sized enterprises make up 99 per cent of all businesses in the EU and account for more than half of Europe’s GDP (according to the European Commission). SMBs power the global economy, yet are incredibly under-served. We cater to this need.”