TFM Networks deployed the Xelion service to a national hotel chain with over 1,000 extensions on a three year contract.

TFM Networks also supplied a supplier of timber, kitchens and bathrooms with an order for over 400 extensions over multiple sites using the Xelion service.

Andy Weedon, Group Sales Director for TFM Networks, stated: "An important selling point is that the service is licensed by users and not by devices so that every user can have the Xelion desktop client, mobile app and more than one physical phone as standard on a single user license. For clients placing orders for large numbers of extensions this gives significant cost savings."

Xelion UK MD Dave Reynolds said: "The future of the channel is not in getting a phone on the desk but in the resellers' ability to deliver a good telephony service that will integrate within all areas of a business, whether it has five employees or 500.

"We have been working with TFM networks for two years and it is fast becoming one of our largest UK partners." 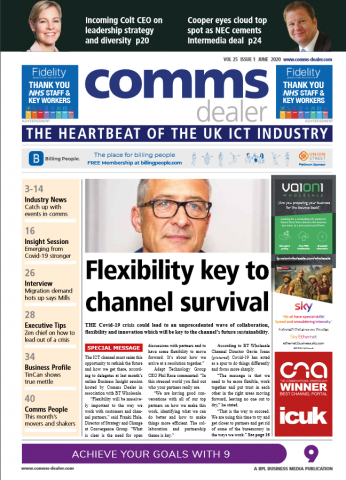