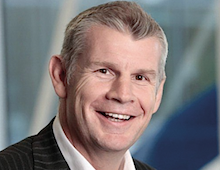 The strategic direction of Exertis will be determined and governed by incoming MD Tim Griffin who joins the distributor as Divisional MD of DCC Technology (part of parent company DCC) and MD of the Exertis Group, reporting to DCC CEO Donal Murphy.

Prior to his appointment Griffin was CEO and GM for Dell EMC UK & Ireland. During his ten year stint at Dell he was also charged with developing business in the Asia Pacific region, and held other roles with worldwide remits including Global VP for Services & Solutions (consumer and small business segment) and Global VP for Displays and Client Peripherals.

Griffin is also a serving Non Executive director for the Welsh Rugby Union.

Griffin added: “We have the foundations in place and the support of DCC to take Exertis to the next level."