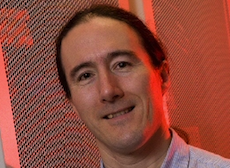 Ahead of the budget on March 11th founder and Chairman of Zen Internet Richard Tang has called on the Government to boost funding for ultra-fast broadband.

“It’s clear that connectivity is a priority for the new Government, but despite pledges to improve speed and reliability, Internet downtime continues to plague the UK’s productivity predicament," stated Tang.

“This is accentuated across SMEs. Over eight in 10 (85%) employees believe that unreliable Internet connection has impacted their productivity, losing them 72 minutes a day, or 2.5 working weeks a year. This is a major issue for those who want to grow their business.

“As the Chancellor takes to the despatch box he should increase funding for ultra-fast broadband to expedite its roll-out, breathing life into the thousands of SMEs across the UK currently shackled by poor internet connectivity.”