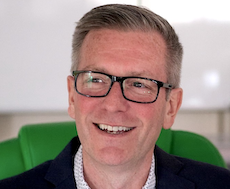 A new tool that automates the investigation, creation and distribution of wayleaves will help to speed up connectivity builds, claims its developer.

The new system is designed to handle tens of thousands more wayleaves per week without the need for any additional human resources.

"Recognising the mounting volume of wayleaves being required by network operators – not least as the UK gears up to become gigabit-ready by 2025 – Trenches Law sought to devise a solution to help accelerate clients’ builds," stated Trenches Law’s co-founder and Operations Director Terry Daniell.

"Unable to find any ready-made technology capable of achieving this sizable challenge, the team embarked on its own development project which began in February 2020. Work continued during the COVID-19 lockdown and has remained on track for its September launch.

"Now, clients can send a digital map of their network build phase to Trenches Law and the new system will automatically interrogate Land Registry and other available databases to identify all relevant wayleave stakeholders.

"Thanks to a mailing house integration, the system then automatically produces all relevant documentation and prepares everything to be distributed."

Daniell also noted that a workflow steers onward stakeholder dialogue from the carrying out of face-to-face visits, to the negotiation of wayleave terms, the issuing of statutory notices as required, and advanced reporting that triggers a ‘green light’ when all build dependencies have been resolved.

The project is the brainchild of Daniell who began his career as a broadcast engineer with BT and went on to hold senior roles at Virgin Media.

“On average, 20-30% of properties in a build project require wayleave consents,” he added. “However, the admittedly complex wayleave process is embarrassingly outdated. Its manual nature takes up too much time and is consequently far more expensive than is necessary in a digital age.

“We sought to challenge what has regretfully become an industry norm, and the result is the ability to execute the wayleave process quicker, easier, and with a greater degree of accuracy too.”

With further development already earmarked on Trenches Law’s automation roadmap, additional functionality will be introduced over the coming months.

To coincide with the launch of the new system, Trenches Law has produced The Book of Wayleave – a light-hearted insight into the wayleave challenges being encountered in the industry.