Home » News » Comms Vision 2021: Why the channel must walk the road to all-IP - An interview with Gavin Jones, Channel Director, BT Wholesale

Comms Vision 2021: Why the channel must walk the road to all-IP - An interview with Gavin Jones, Channel Director, BT Wholesale 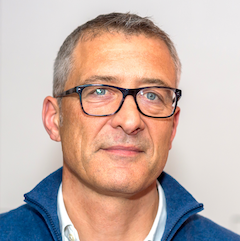 BT’s 2023 stop-sell is the harbinger of a big shift in technology from legacy to IP, but for the stars to align CPs would be wise to get rooted in IP sooner rather than later. Covid-19 has also shown us that this is not the time for hesitant steps, warned Gavin Jones, Channel Director at BT Wholesale.

Lockdowns have catalysed technology adoption and as the UK moves towards an all-IP world identifying how to offer interconnected solutions that drive value will be key.

The big question: How to manage the challenges and harness the opportunities? In his interview, Gavin Jones, Channel Director at BT Wholesale, delved into the catalysts for an interconnected future including the critical role of innovation, digital transformation, the move to a zero-latency world with 5G and IoT, and an overall shift towards a layer 3 IT centric model.

"We've seen massive change over the last 18 months," stated Jones. "According to the ONS the number of people working from home increased from 30 to 47 per cent over that period. There is a seminal change in the market and the solutions we all provide.

"For us, all-IP is number one - super fast broadband connectivity into everyone's home. Second, 5G, and thirdly, making ourselves totally digital."

The biggest threat to a smooth transition to all-IP is not to the channel but to the UK's end users. And for channel resellers still to pass the all-IP test, they need to consider the full implications of BT's near imminent stop-sell, advised Jones.

"Our vision is about smart working, the ability to get the best out of being in the office and working remotely," added Jones. "We know when we collaborate it can be creative - we also know that more work freedom makes us more productive. We are creating a seamless experience where you can work form anywhere with access to applications, information sharing and collaboration."

The stop-sell means that there is not even an option to remain in legacy shackles, therefore all temptation to milk old technology until its dying day should be resisted. "The move to all-IP is super important for the stop-sell in 2023 and the switch off in 2025," stated Jones. "There must come a point soon when resellers say we don't sell PSTN or ADSL, we only sell FTTP and IP communications. We all have a part to play in this transition."

In terms of FTTP, BT has passed six million homes and reduced the cost of passing each house by £50. "It's not just about BT, CityFibre has gone past one million homes and is building like fury alongside other altnets.

"When you put gigabit fibre connectivity into someone's home, or put a gigabit onto a mobile device, we are going to transform the way we transfer information and the way we operate. The future for broadband is over the air or fibre optic wires. At Heathrow airport I downloaded two films in less than five minutes using 5G."

Jones also sees layer 3 as critical for the future. "We are working on solutions that operate on a layer three basis, that can be consumed, operated and run digitally," he explained. "For example, developing a security service that we put into our network and apply automatically. We are evolving to become a layer 3 operator."

But innovating in what Jones calls a 'small city' can be a challenge. BT is a company with 105,000 people, so it made sense to make structural changes around innovation and digital, separating out the traditional roles of the CTO and CIO to bring a dedicated Digital Director.

"BT Wholesale is totally focused in APIs and automation," added Jones. "We've opened up access to a developer forum for APIs, for example, around hosted communications and Ethernet. We encourage working with people to develop APIs. There are many programmes in these areas."

This time of industry change is such that there will be no left overs from the days when the UK was ruled by copper and less than transformational mobile speeds. "The move to 5G is a massive opportunity for partners and customers - whatever the business," stated Jones, who has been with BT for 12 years, his time split between working in the channel and mobile.

EE currently provides 5G in 160 cities, and according to Jones will cover 50 per cent of the UK in 2023 with ubiquitous coverage forecasted for 2028. "We have a way to go, but 5G will impinge and cross over areas we work on in ways we are yet to fully understand," he added.

"It's similar to the arrival of DSL and the subsequent rise of Amazon and Facebook etc. We will see the same kind of speed revolution hitting us over that period. The potential is phenomenal. Consider Google Glasses which was invented futuristically around ten years ago, now its time is coming. Look at all the satellite dishes attached to homes for TV - you won't need those in five or six years time. It will be about 5G wherever you are."

Of particular interest to Jones are 5G private networks and applications built bespoke for organisations. He cited Bosch as a use case where transport in its factory is automated along with the automation of the management and monitoring of machines. "There are many uses cases especially in logistics where the efficient use of vehicles and transport is coming to the fore," he added.

Jones also cited real-time diagnostics in healthcare and 5G potential within the broadcast sector as just two more examples of the transformation to come. "There are a number of niche operators but we are seeing more demand," he added.

Jones noted that 46 per cent of the workforce are digitally native and device centric. "They are going to drive a seminal change in the way we operate and how businesses are shaped," he added. "Everything will be plug-and-play and API – focused on cloud, communications, collaboration and security."