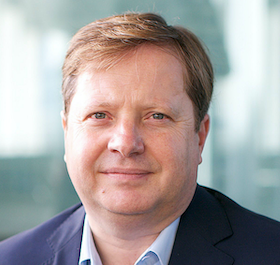 TalkTalk Business’ rebrand to TalkTalk Wholesale Services and move to private ownership comes at a critical juncture not just in the comms sector’s theatre of transformation, but also as the company doubles down on wholesale and full fibre.

The take private of TalkTalk enables it to maintain true challenger status. More than that, Sir Charles Dunstone, Executive Chairman, says the move to regain control will ensure that the Group becomes the Challenger's Champion.

"As we went into the first lockdown our share price went down 40 per cent," he explained. "If you're an airline or a hotel, fair enough. But if you supply telephony and broadband to people, then surely this is a business that might thrive in a pandemic. We thought, 'if that's all you think it's worth, we'll have it'. It was one of the best things I've ever done."

The project was strategised in March 2020, agreed by Christmas and TalkTalk delisted from the market in March this year. "Being a public company was a miserable existence," added Dunstone. "Now, the senior team has much more time to spend on the business. Previously, around 20 per cent of our time went on managing external share holders, the analysts, the media and all else that exists in that environment. You find yourself making decisions based on a short-term quarterly number.

"We've now got supportive shareholders and we do the right things at the right time for the business. If we need to make a decision to invest more capex, we will. If we think the market is insane we may not compete as aggressively as we did, and if we see opportunities we go for them. There's a good dialogue and rhythm within the business, and a calmness, efficiency and determination in the organisation. Being a private company has helped us."

Dunstone remains baffled about the disconnect between what public markets seem to value telecoms companies at, and the high price of private transactions. "I can't reconcile that," he added. "Big telcos are very cheap when you look at the reliability of those businesses and their cashflow.

"We could never get the financial markets to understand the presence and scale of our B2B division. They were totally obsessed with the number of consumer customers and the ARPU we were charging. Because the focus was on those numbers there was always a risk that the business would also focus on those metrics.

"But TalkTalk Wholesale Services is an absolute gem within the business, misunderstood and mis-valued by the market. We are going to invest significantly and double down on the business - we want to be at the heart of the market, enabling partners to sell connectivity from the widest variety of suppliers possible."

To rid Britain of legacy networks was another driver, noted Dunstone. "What really excited me about coming back into the business was the arrival of people prepared to invest money in UK infrastructure," he added. "And the fact that we might finally have a world with competitive suppliers. My background is selling mobile phones and there was always four of five networks vying for our business. That was vibrant. It is wearing to be in an environment where you are taking what you are given by the incumbent - and your negotiator is Ofcom.

"We've now got an opportunity with around 100 altnets, some raising serious amounts of money and putting that into the ground. I salute and support them and the challenge they bring to the market. Collectively, we have to help them to succeed. Their success will provide a better and more competitive environment for us and our customers than we have enjoyed in the past."

The payback for investment in full fibre deployment by altnets should be their success, but that is not guaranteed, warned Dunstone. "Collaboration among them is key - there is only one entity to fight," he commented. "We want to help all of these providers get access to customers and channel providers – and give partners a single point of connection to a choice of altnets. Some places will get seriously overbuilt by operators, that will lead to plenty of choice and drive competition."

The case for full fibre is beyond argument, but the chief obstacle is the absence of a mechanism for partners to effectively sell it in a new competitive environment, according to Dunstone, who revealed plans to provide such a platform. "We are the challenger, and we want to be the champion of the challengers, enabling challenge to occur within the marketplace, while making sure all this money being deployed turns into something we can sell in a competitive environment," stated Dunstone. "Without people behind them I worry that the altnets won't get where they need to be. We have to work together, altnets need to interface with us, have common SLAs, and they need to offer better value than we can buy from the incumbent. We can help them do that."

More proof is not needed to show that a radical overhaul of connectivity in the UK is essential, and that now is the perfect time. "The importance of connectivity has increased in peoples' minds," said Dunstone. "The opportunity is to sell higher bandwidth into peoples' houses, but also into businesses and reconfigure how organisations work in this new world. The pace of change as we come out of lockdown, and the expectations that customers have for their connectivity, and how their business is changing, means they are more prepared to invest in connectivity and adapt the way they work. Suddenly the world went back to normal in September and IT departments are now thinking about what they need to do."

Increasingly, the market is moving away from copper networks and Dunstone called on the channel to fully support alternative network providers. "You've got to support the challengers coming into the marketplace," he urged. "If you rely on someone else to do it, in the end they'll fail and we'll be right back to where we were before. We have an opportunity to support the challengers that are deploying this money. If we start selling their services they will be successful and we will have a better more competitive market. That is the most important thing anyone can do."

Dunstone plans to be in a position during the first half of next year where TalkTalk Wholesale Services will be able to show, via one API, all choices anywhere based on the infrastructure providers available at the premises. In practice, a partner will got to a certain address, see which providers and products are available, installation times and price. "If three providers go past the building there will be some pricing tension and competition for business," added Dunstone. "On a macro level, this will bring competitive tension to the market in general. People are going to have to fight and work for the business. It also makes the resellers' role more important by helping customers to decide the best value and infrastructure to run their services on. It's a free choice."

The story of all altnets is essentially one of tearing up the rule book and scrapping legacy baggage. The same applies to TalkTalk's take private. "As a private company we can talk more about innovation and take longer-term decisions, and be more nimble and focused about what we do," stated Dunstone. "We're all over what's happening in the business in a way we never have been before. We are doing another massive investment in the network, tens of millions, simplifying it and putting in dark fibre. That has a five year payback, which is a hard story to sell if you are a public company. For us, it's back to the old days. Doing what's right and making sensible decisions in a calm and supportive environment."