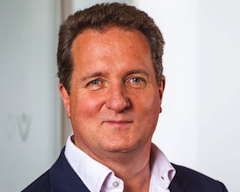 Support to Win was formed two years ago and provides outsourced managed services – such as managed provisioning, in-life management and customer on-boarding – to channel partners and service providers including Gamma, NFON, Chess and Vonage.

The company recently introduced a managed migration service and quickly secured a number of large contracts in the last quarter.

Burckhardt previously held exec roles in BT, Telefonica, MTS in Russia and Ooredoo in the Middle East and Asia.

As MD of Vonage's UK and international UCaaS business he drove double digit year-on-year growth over the last five years and launched Vonage's UC proposition in Australia in February.

"As the UK UC marketplace consolidates I strongly believe the expertise and resources available at companies such as Support to Win will become invaluable to facilitate value creation of any consolidation activity," he stated.

Support to Win CEO Julie Mills added: "We are seeing a significant demand for the services of Support to Win as the pace of mergers and acquisitions of UK UC companies and platforms increases.

"These developments have meant we are having to transform the business and add to the team's experience and knowledge by welcoming Simon as Chairman."