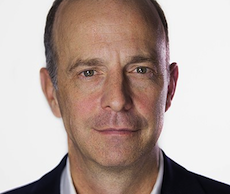 Former Claranet MD Michel Robert (pictured) has been pulled in by connectivity and comms service provide Epsilon as Group CEO.

He brings 20-plus years IT services experience and has a remit to advance Epsilon’s global strategy and build on plans to target enterprise customers, through partners and directly, with SD-WAN and interconnection services.

"Michel’s experience in hybrid cloud, networking and cybersecurity, alongside tripling the size of Claranet’s UK operation, gives us confidence in his leadership and ability to take Epsilon’s global growth to the next level."

Robert takes over from co-founder Jerzy Szlosarek, who stepped down after a 16 year spell Epsilon.

Robert spent over 12 years as Claranet MD, leading the business in the UK, Benelux and US, as well as its global cybersecurity business and group operations function. Prior to his Claranet stint Robert was European Solutions Director for Dimension Data.