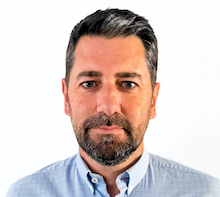 Following a beta launch earlier this year a new entrant to the UK comms billing market aims to ‘create upheaval’ among established channel billers as it seeks to ‘set a new standard’ in IT and comms billing services.

Tekton’s ZOEY billing platform officially launches this month as a legacy-free carrier grade alternative, incorporating intelligence and integration capabilities that its developers say are important differentiators in the market.

“Our origins were born out of the fundamental need to modernise billing by pioneering carrier grade technology and building intelligence into a channel focused engine,” stated Tekton MD Terry McKeever, who is driving the project.

“We are brand new, we don’t have legacy restrictions and our features are built for a modern resale environment, so seamless integration with other apps has been a priority.”

Tekton provides various levels of integration, giving users as much or as little control over the management of the system as required.

“Our aim is to contribute to an industry-wide improvement in the billing of telecommunications, while supporting clients through complicated integration and migration solutions.”

McKeever noted that the beta launch prompted a number of early client wins including Assimilated Communications.

He also said that Tekton’s product development roadmap will see additional features launched over the coming weeks along with ZOEY.