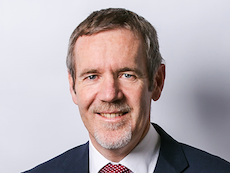 Vodafone's 5G roll out has gone into overdrive with 12 more cities set to go live later this year, building on the seven cities that are already live or activating. Vodafone first carried 5G traffic over a commercial mobile network in October 2018 from a location in Salford, Greater Manchester.

Since then sites in Bristol, Cardiff and Liverpool are also streaming live 5G mobile data traffic.

5G antennas have been installed in Birmingham, Glasgow and London ahead of going live over Vodafone RedStream, the operator's nationwide optical fibre network which enables speeds of up to 10 gigabits per second.

Vodafone is also testing the performance of 5G smartphones, processors and routers in its Newbury technology headquarters.

"5G will usher in a new era where everyone and everything is better connected, whether you are running a hotel in Portsmouth or broadcasting live at MediaCity in Salford.”