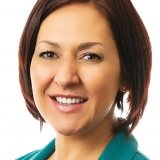 Just a few weeks remain until Microsoft ‘retires’ Skype for Business (S4B) Online on 31st July. Anyone intent on running after that date will find it unavailable. Not so much ‘retired’ as ‘buried’!

Partners should be eyeing an opportunity here to ensure smooth transitions to another platform, mostly likely Teams. S4B has been coasting for several years with Microsoft adding very few new capabilities in that time and prioritising features for Teams instead.

So shifting across is a logical and essential step, but don’t assume that implementing that change will be all plain sailing.

Get it right and it’s a win-win all round, enabling partners to position themselves as coming to the rescue; bringing fullblown UC benefits to many for the first time.

But this is coupled with the risk of disrupting their customers’ businesses at a time when fully integrated remote comms has never been more critical.

Three months is still plenty of time but planning now is crucial because no migration is completely effortless.

Microsoft makes S4B/Teams migration sound very easy, but there are many human and technological factors to consider.

First is user adoption. Teams is superior, but it’s a very complacent attitude to believe that this superiority will make S4B users enthusiastic about abandoning their familiar tool, particularly at short notice.

Wholehearted adoption is critical for the migration to deliver a good ROI. To ensure this you need a clear communications strategy coupled with an engaging training programme that champions adoption.

What if you aren’t moving all users over? S4B Server on premise doesn’t go EOL until 2024/25 and some customers will want this portion of their S4B estate to co-exist with their Teams implementation for a while longer.

But Teams has more functionality than S4B; they aren’t like-for-like. Many such hybrid setups suffer from inconsistencies with IM, calling and presence between migrated and non-migrated users.

The biggest issue is telephony integration. Microsoft’s spin says very little about this. In short, customers have the choice between allowing features to overlap (and platforms to coexist) for a period before EOL, or to make a ‘big bang’ switch, but only the latter applies if  you are trying to support Microsoft Direct Routing.

Teams/DR has become enormously popular, but going this route makes it all the more important to ensure you have a fully-fledged migration plan in place because it’s literally “big bang or bust”.

Other considerations include number porting and complex routing (some carriers are better than others at supporting this), integration with other third party platforms, and leveraging the migration as part of a wider digital transformation opportunity.

Leaving migrations late risks increasing pressure, rushing important steps and failing to properly manage change with users. Why make unforced errors when you could plan ahead or – better still – let the experts take care of it for you?