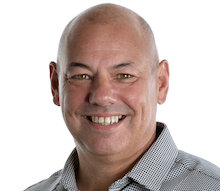 Wokingham-based Nouveau Solutions has never been in a stronger position following its acquisition by Vinci Energies early last month, according to Managing Director Andy Stevens.

Deciding on the concept of an acquisition as a course of strategic action was by no means a done deal. It was with open minds that Stevens and his fellow directors approached the idea of a sale. “The initial discussions on a possible sale began about a year ago,” recalled Stevens. “It was a case of understanding what we did, whether there was a fit and if there was a personal ambition for this to happen. There was no rush nor pressure. But as we continued to grow organically we felt that we could accelerate our growth through the right acquisition. And after our best year of trading we still recognised the expansion we wanted would not come simply through organic growth alone. We didn’t want to sell our business to a private equity firm. We wanted to ensure that our existing team were on board and continue to support our growth moving forwards.”

Nouveau Solutions had received several approaches over the years but none of them felt right. “We were not looking at the time we were approached by Vinci,” added Stevens. “However, after considerable due diligence and many conversations it became apparent that this could be a viable option which would give us what we personally wanted as well as meeting the needs and ambitions of our staff. Around 20 per cent of our team have been with us for 10-plus years, we have a low staff turnover, practically no sickness and have built a great positive workplace.”

Vinci Energies has 1,600 autonomous business units within its group that Nouveau Solutions can now collaborate with and identify mutual opportunities to develop the business. “This in effect gives us a whole new channel opportunity,” noted Stevens. “Furthermore, the support of Vinci will make Nouveau a more commercial proposition for new clients with sizeable deals. Our main priorities now are to transition the business and maximise the opportunities available to us through building relationships with other business units, while not taking our eye off the ball.”

Nouveau Solutions began its commercial life in 1992 after Stevens met Gary Smithers while working for an IT company. On considering their complementary skills – Smithers is a technician and Stevens more commercial and entrepreneurial – the pair decided to build a business together. The company’s 2018 revenues came in at £7 million. It has circa 500 clients from a mix of public and private sector organisations and employs 35 staff. “Our first big deal in 1995 brought money into the business and enabled us to start building a team and a regular client base,” explained Stevens. “Key milestones include achieving Microsoft Gold competency, Fortinet Platinum Partner, moving offices, achieving ISO27001 and 9001 and creating our own SaaS platform.

“We have built a SIEM proposition and proactive monitoring team,” added Stevens. “Our security side of the business has more than quadrupled. We have also seen a reduction in traditional infrastructure as businesses move to the cloud and associated services. Current focus areas also include SD-WAN, vulnerability management, Security as a Service and building out our cloud stack.”

Forming stacks in the cloud is nothing new for Stevens who spent a number of years in the Parachute Regiment. “My army career taught me about management and empowering people to make their own decisions within boundaries,” he added. “This is something that I have encouraged throughout my time at Nouveau.”

Stevens first entered the IT industry through his parents who worked for a military IT company and introduced him to a job opportunity as a Systems engineer. It was here that he met Smithers who was an apprentice. “Little did I know back then that we would be setting up a business together years later,” he mused.

Also long gone are the days when it was deemed acceptable for resellers to simply ship tin, believes Stevens. “Resellers need to provide a different mechanism to supply services, in a proactive managed services way as part of the shift towards opex rather than capex, and become a trusted IT partner,” he stated. “Never be frightened to challenge the client and ensure you deliver the right business outcome for them.”