An annual survey of the top 500 Independent Software Vendors (ISVs) in Europe shows some major changes due to substantial growth in some areas, consolidation and changing market conditions.

After a slow rise of 5% in the previous year, it looks like ISV fortunes have turned around strongly in 2015, based on early figures.

The latest database report by IT Europa, ISVs in Europe - the top 500, shows a shake-up at the top of the list of individual companies, with three newcomers to the top ten.

There has also been a big jump in those reporting that they offer Software-as-a-Service (SaaS).

In 2016, nearly 90% of ISVs said they offer SaaS, an increase of over 60% from 2014. But it is not all packages and cloud; bespoke software development is also on the rise with just under 60% offering it.

Companies from 35 European countries are featured within the report. The 10 largest geographic markets in terms of companies profiled are: UK (135 companies), France (76), Germany (63), Finland (20), Netherlands (17), Switzerland (17), Italy (15), Denmark (14) Sweden (13) and Spain (11). While the UK market experienced an average revenue increase of around 5%, the picture across Europe was patchy, with strong growth in some central and eastern parts, as well as Norway with double digit growth, but parts of Benelux actually saw reduced ISV sales.

Part of the ISV growth story comes from greater confidence in the vertical market sectors, especially in banking and finance. The study reveals that over half of all the firms cater for Bank/Finance/Insurance (54.8% of companies), followed by Public Sector (45.2%) and Retail (40.6%). Compared to 2014, in 2016 the number of ISVs catering to the Banking vertical market has increased by nearly 5%, among the highest indicators of changing verticals.

ISVs are still mainly providing their own software solutions, followed by providing services (this includes SaaS), then other software (which includes third party software) and finally a number are still involved in supplying hardware, where the proportion has actually risen. In the list of the most common type of third party software being sold, the names which came up most often were Oracle, Microsoft, IBM and SAP, primarily in the areas of ERP, BI and CRM.

In terms of the type of applications, data handling is on the rise, with two thirds of the ISVs working in areas of business intelligence and data management, followed by Mobility (55%) and ERP (47%). Some other notable horizontal markets which scored well with ISVs are Human Resources Management, Asset Management, Business Process Management and Automation. Among those finding less interest is Project Management.

"It is good to see the European software industry grasping the SaaS and Cloud opportunity, but there are several new challenges that will need to be embraced for the sector to continue driving IT growth in Europe," said Alan Norman, Managing Director of IT Europa.

"The nature of those challenges and the role that software will play in addressing them will be a major subject for debate at the European Software & Solutions Summit 2016 (www.eusss.com ) which takes place in London in April."

The ISVs in Europe - the top 500 database report spans 35 countries. The company profiles include sales figures for each company in local currency and US dollars. 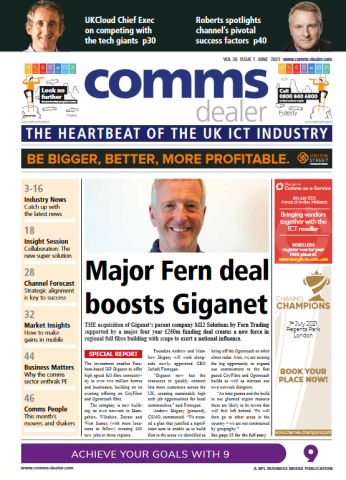